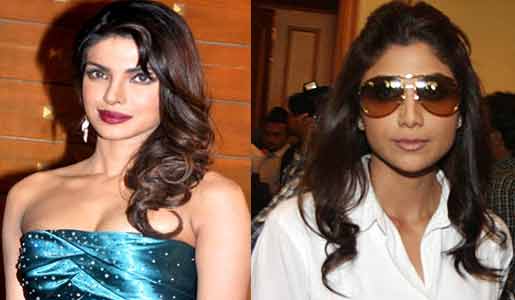 Actress Priyanka Chopra is responsible for making Shilpa Shetty cry! And no, it's not because the former hurt the latter in anyway.

"Jus Saw #MaryKom all actors performed so well but @priyankachopra u rocked it. Omung's done a fab job. Cried my eyeballs out. Must watch tweetos," Shilpa tweeted Sunday.

Even her husband and businessman Raj Kundra, who has always supported Shilpa in her entrepreneurial pursuits, tweeted: "The real star of #marykom in her real life is Onler. Family support is all you need! And in Reel life @priyankachopra u made my wife cry."

The couple happens to have had a personal interaction and camaraderie with boxing champion M.C. Mary Kom, whose life has inspired the biopic.