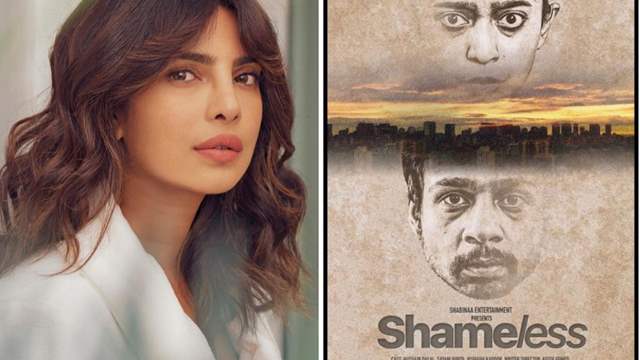 The independent movie scene has emerged stronger in India with renowned producers placing their bets on fresh talent and unique concepts. International star, Priyanka Chopra Jonas roots for Producer Shabinaa Khan and Director Keith Gomes's short film Shameless and a few others that have been actively contesting under the Oscars Short Film category.

Among these films, Shameless is making quite some noise. Most recently global icon, Chopra Jonas and her home banner, Purple Pebble Pictures gave a shout-out to the short over social media. The caption of the production house reads, "We love all of the amazing Indian filmmakers in the mix for the Academy Awards shorts category! Wishing everyone the best of luck! Excited to see more content from emerging Indian filmmakers take the global front."

Founder of the production house, Chopra-Jonas uploaded the poster of Shameless to her Instagram story urging people to support short films actively contesting for the Oscars. She wrote, "Check out these movie guys!! Let's get these amazing filmmaker's traction!" 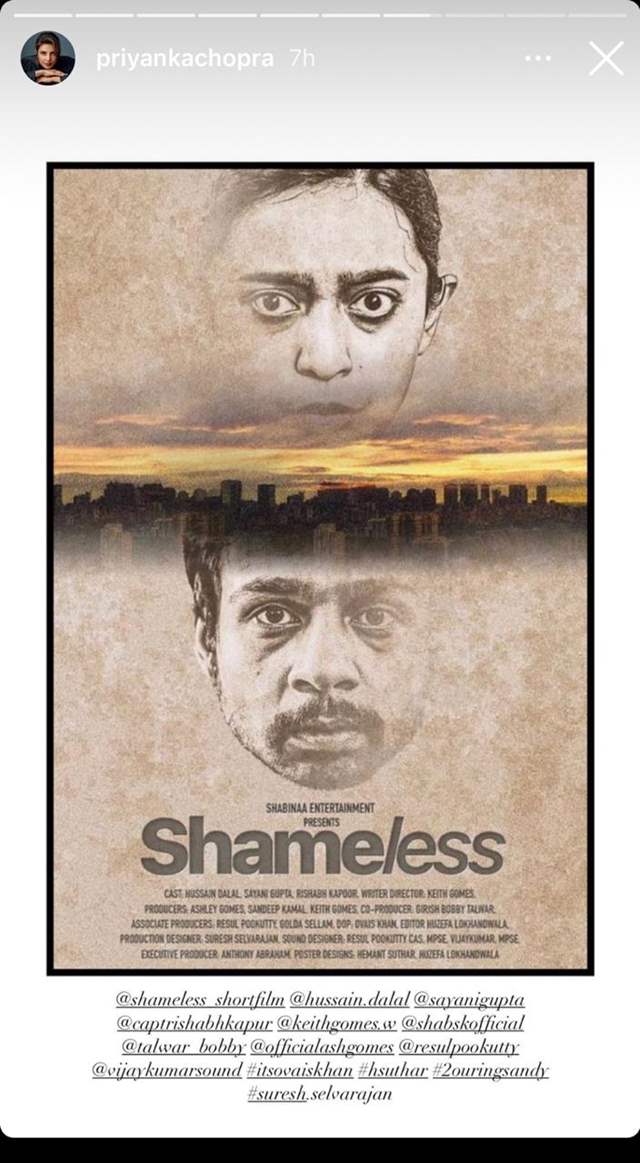 Shameless is an upcoming fast-paced dark comedy thriller packed in 15 minutes. Its tight plot touches upon the fact that people are losing human connection and becoming rude and isolated due to social media and technology. It has been one of the top trending short films in the Oscar 2021 posts on social media under the hashtag #Oscar21.