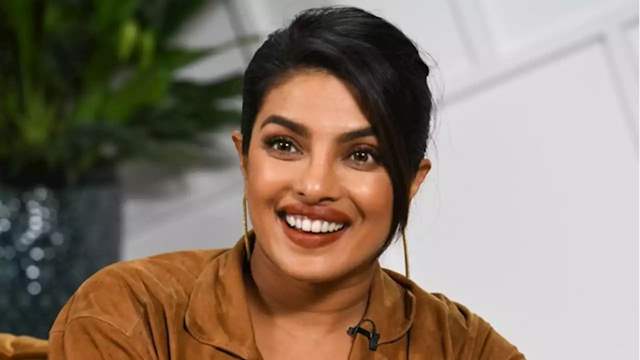 Humanitarian and philanthropist Priyanka Chopra Jonas has been Bollywood's one of the most successful imports to the west. The global phenomenon has now become the only Indian actor to be listed among the 50 celebrated filmmakers and actors invited as ambassadors of Toronto International Film Festival (TIFF) this year. Marking it's 45th edition, the festival is slated to run from September 10 to September 19.

The global icon will be joining celebrated international names and Oscar winning actors  including filmmakers Martin Scorsese, Alfonso Cuaron, Taika Waititi, Ava DuVernay, Rian Johnson, Denis Villeneuve, and actors Nicole Kidman, Nadine Labaki, Riz Ahmed, Isabelle Huppert, Zhang Ziyi. The actor-producer is ecstatic to be among the ambassadors and being able to to help TIFF deliver one of a king grand gala this year.

In addition to the global superstar, celebrated filmmaker Anurag Kashyap is the only Indian celebrity who will be a part of the same. The 45th edition of the festival plans to screen 50 films during its first five days in physical theaters through socially-distanced screenings. Interestingly, due to the pandemic, this year TIFF will host various digital screenings and virtual red carpets for the first time making it tailored to fit the moment.

TIFF's this year’s selection comprises a lineup of 50 new feature films, five programmes of short films, as well as interactive talks, film cast reunions, and Q&As with cast and filmmakers. With Priyanka Chopra Jonas becoming the only Indian actor being a part of the prestigious festival, it can't get bigger and better than this.