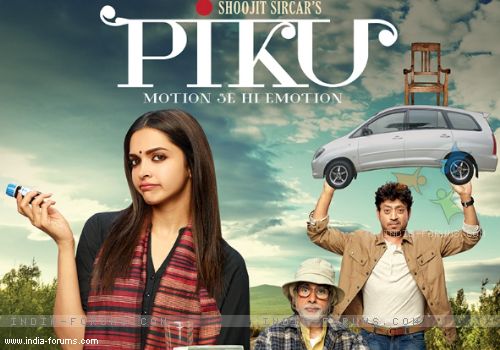 After mesmerising moviegoers with its storyline, Shoojit Sircar's "Piku" has got a new admirer in President Pranab Mukherjee. He not only loved the film but also found the "Begali-Hindi accent" in the slice-of-life family entertainer flawless, says megastar Amitabh Bachchan.

The film showcases a beautiful tale of a father and a daughter's relationship. Deepika Padukone is seen in the role of a selfless daughter, who spends more time listening to constipation tales of her father (played by Amitabh) than on her professional or marital pursuits.

Also featuring Irrfan Khan, "Piku" was released on May 8 but there was a special screening hosted for the President at Rashtrapati Bhavan here on Sunday night.

The Big B took to his blog to share how much the President enjoyed the fim.

"The Honourable President of India Shri Pranab Mukherji, tonight watched 'PIKU' and may I say with great reserve of modesty, he absolutely loved it! Most particular he seemed to have enjoyed the 'perfect' Bengali-Hindi accent, which he felt was flawless. He later invited us over for dinner and we continued to discuss the film and its merits," the 72-year-old thespian posted on his blog.

Amitabh thanked the President to find time to watch the movie.

"The grand halls of the Rashtrapati Bhavan, perhaps the biggest and largest palace in the world, were a picture of the grace and dignity that such occasions demand. His felicitation to us by the mementoes was remarkable. Greatly indebted to him for having found the time to be with us," he added.