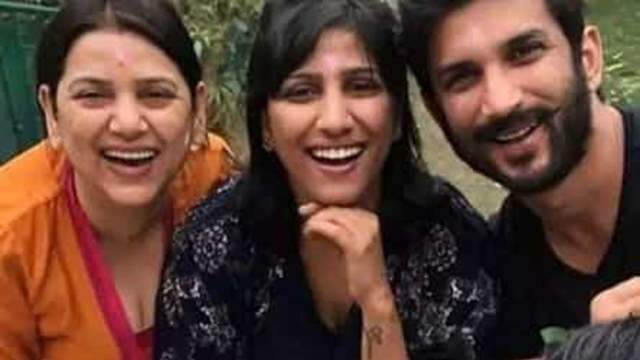 Late actor Sushant Singh Rajput’s sisters Priyanka Singh and Meetu Singh have been named in an FIR by Rhea Chakraborty. In her FIR, Rhea had accused Rajput’s sisters of procuring 'fake medical prescription' for the late actor through telemedicine, without consulting a professional.

The sisters had then filed a petition to quash the FIR filed by Rhea against them. In the latest update, the Bombay High Court has adjourned their plea to January 7, 2020.

In September, Rhea Chakraborty had filed a FIR against Priyanka Singh and a Delhi based doctor Dr Tarun Kumar for illegally prescribing medicines containing psychotropic substances without a consultation to late Sushant Singh Rajput. Rhea alleges that the medicines may have resulted into a chronic anxiety attack leading to Sushant's suicide.

Meanwhile, in the petition filed through advocate Madhav Thorat, Sushant’s sisters have claimed that the medicines are not banned and the guidelines issued by the Medical Council of India (MCI) on April 11, for telemedicine “allows the medicine to be prescribed to a patient even at the first consultation”.

The Central Bureau of Investigation (CBI), who is currently probing Sushant Singh Rajput’s death case has supported the plea by Rajput’s sisters to quash the FIR filed against them by Rhea Chakraborty, and stated, “The very genesis of the FIR is flawed. The allegations levelled in the FIR are mostly presumptive and speculative in nature.”