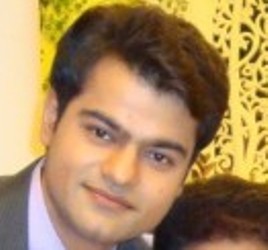 The latest we hear is that SAB TV's Papad Pol will see a change in the coming episodes. The character of Manu (essayed by Rehman Khan) was absent from the frame for a while due to certain reasons.

We now hear that Rehman who was essaying the role of Manu has been replaced due to some issues.

A little birdie tells us, "Piyush Ranade last seen in Star Plus'  Burey Bhi Hum Bhale Bhi Hum will now essay the character of Manu in the show".

When asked Rehman on the replacement he says, "I don't have any idea on Manu coming back on the show, as they have not approached me".

We could not get through to Piyush Ranade but Swapnil Joshi aka Vinay confirmed, "Yes, Piyush will be essaying the role of Manu in Papad Pol from now onwards."

We wish Piyush a great time with the Papad Pol unit..

9 years ago Wow I never knew he has acted in a hindi show.I saw him in marathi show Lajja which recently ended.Very good actor would love to see him in hindi show.Recently he has also entered another marathi show man udaan warache.All the best.

9 years ago Ohhh i really liked him in Lajja. He was so good in that show. :)

11 years ago this is sooo confusing...i don't understand who to believe or not!! if medical report is true then it is true right??

11 years ago I hope the allegations are false..He's a good actor..But i doubt the girl wud try and frame him..I mean she'z only 18..I doubt she has the brains to do that..Unless there's others involved.
But If it's true..He can go to hell..!

11 years ago That disgusting
And to think people used to respect him
Jeez man
these people need to think before they act
thats his WHOLE career down the drain now!

11 years ago She was like 15-20 yearz younger than him!!
saying that the maid is low class that is just heartless of sme1 to say that just cause we have money n they dun!!!
If all this is true than HE SHOULD BE IN JAIL 4 THE NEXT 7 YEARZ

What did Preeti Jain gain by accusing Madhur Bhandarkar??

11 years ago feeling bad fr anupam....his wife ...and of course the girl..and if its true then the guy shld be behind bars....