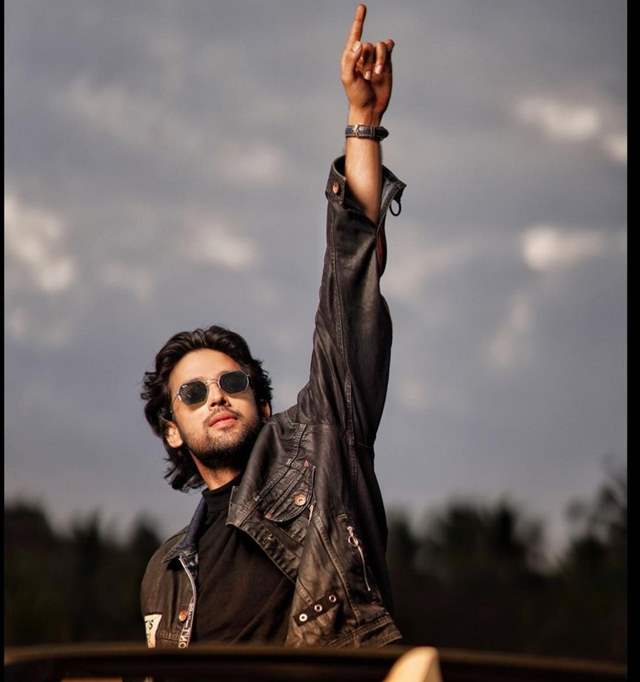 Actor Parth Samthaan has indeed been a roll for a while now where he played the role of Anurag Basu for over two years in Star Plus' Kasautii Zindagii Kay 2. The actor was already a huge name amongst the youth owing to his stint in Kaisi Yeh Yaariaan and became a household name with Kasautii.

Now the actor is all set to have another set of audience rollin to see him as he will make his official full-fledged debut on the web with upcoming web series, Main Hero Bol Raha Hoon.

The actor has been shooting for the show for some time now and today was the day that the cast and crew officially wrapped up. Posting about the same, Samthaan also thanked Ekta Kapoor for trusting him with the show. He wrote, "And it’s a Wrap #mainherobolrahahoon ..finally .. it had been an unexpected long journey but a beautiful and learning one .. so grateful and thankful to @ektarkapoor Maam for believing in me that I could explore myself as an actor and break that ideal son image from Kasautii and become a Villian/Hero  also not to forget @samkhan our producer to set up the show beautifully and of course our director @sidluther for executing it and bringing Nawab to life  Thankyou ..loved the script from day one ..a big Thankyou to all the writers , technicians , Dop and to be honest I had some amazing coactors to work with .. a learning lesson for me indeed  Thankyou"-

Even though the show doesn't have a release date as of yet, with Samthaan making his web debut, the fans would be more than excited indeed.