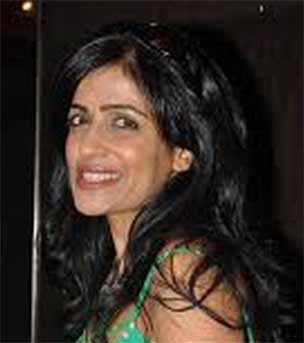 Singer Shibani Kashyap, who recently performed here at an event to encourage the youth to vote, strongly believes that positive changes in the country's future lies in the hands of the youngsters.

"Over the years, there has been a very dull response to elections. Now, there is a rage because everybody seems to want a revolution and with new parties coming in, there is new energy," the 34-year-old told IANS.

"They (the parties) are promising a lot to the country. I feel only the youth can bring in change. They can decide and decipher who will be the correct leader," said Kashyap, known for songs like "Zinda hoon main" and "Sajna aa bhi ja".

Delhi will vote for its new assembly Dec 4. Kashyap and some members of Election Commission of India, visited the University of Delhi area Nov 23 and promised the young crowd that if they vote, another concert would be held soon.

"The Election Commission of India and I have promised that as thanks-giving when we see the symbol of voting on their fingers, we would give them another concert Dec 15," said the singer.

Although the singer had the option of campaigning for some particular parties, she instead opted to inspire the youth to decide their own leaders.

"I had two choices. I was approached by the Election Commission of India in October and they asked me to spread the awareness and appeal to the people for voting. We should get the maximum turnout. The other thing was that I was being called by various political parties to campaign for them," Shibani said.

"I felt that first I need to be a good citizen and a good Indian and actually be a symbol of something that is far more important, rather than supporting one political party. Let people just go out there and vote. Why should I influence them?" she asked.

Priyanka Chopra praises Sonu Sood as UNDP confers him with ...
29 minutes ago