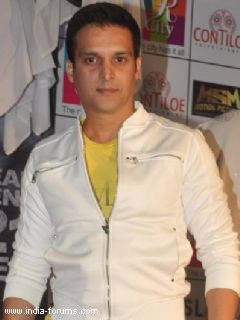 Jimmy Shergil says he is not under pressure to pull in the crowds for his forthcoming film "Darr @The Mall" because the script of the horror drama is so good that it will perform that role.

He said: "It's a very unusual film and it's the script that made me do the film. I hope the audience also enjoy watching it," Jimmy, known for his performances in films like "Yahaan" and "Saheb Biwi Aur Gangster", told reporters.

Directed by Pawan Kirpalani, "Darr @The Mall" also features Nushrat Bharucha and Asif Basra, among others, and is slated for a Feb 21 release.

Deepika Padukone likely to be Summoned by NCB for ...
22 minutes ago

Ashalata Wabgaokar passes away due to COVID-19
57 minutes ago