The new series of Comedy Circus is all set to go on air this weekend on April 4th at 9.30 PM on Sony. With the IPL fever al set to rock the nation, the new series will present the viewers with a double whammy and is aptly titled 'Comedy Circus 20 – 20'. 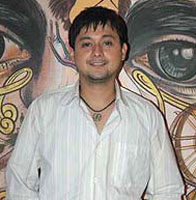 Featured Video
The show will see four celebrity jodis and a floating jodi every week, and for the first week arrive Swapnil Joshi with Rajeev Nigam as participants.

A point to be noted here is that, in the earlier seasons Swapnil was paired with VIP, but in the new series he has a different partner. "Swapnil was earlier seen with VIP. In the first episode of this series, he will be seen with Rajeev tickling the funny bones of the janta and judges", informs our khabroo.

Talking about the act our khabroo quips, "Its IPL in Ramgarh and Swapnil-Rajeev discuss the issue. Swapnil has essayed the character of Gabbar where as his partner is Sambha. It was a hilarious act by them".

Besides them, the four permanent participants, as reported by Telly Buzz include Rakshanda Khan with Rehman, Roshni Chopra with Kuldeep, Vinod Kambli with Rajveer and Nigar Khan with Raja.

The show will be hosted by Shruti Seth and the judges are Shekhar Suman and cricketer Ajay Jadeja.

Let's wait and watch whether Swapnil and his new partner create the same magic as before?

For a cricket-crazy nation… this new 10-week series of Comedy Circus 20-20 starting April 4th at 9.30 pm only on Sony Entertainment Television is sure to be a double whammy — a combination of Cricket and Comedy!