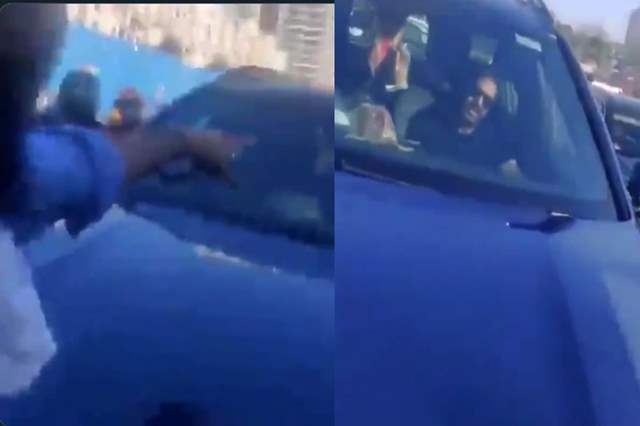 One of the biggest talking points over a long period of time lately has been the farmer's protest. Multiple public figures have come in to either express their support for the protest or even revolted against but indeed they have had their own take to it.

One of the many celebrities to make a comment on the same has been actor Ajay Devgn. But we have also seen how some people take their disapproval on other's opinions to various extents and a similar thing happened recently with Devgn.

Latest report says that Devgn's car was blocked by a man while he was on his way to Film City. Apparently, he man blocked the actor's car to urge him to support the ongoing Farmers' Protest. The man has been reportedly arrested and investigation is going on. The man has been identified as Rajdeep Singh who was reportedly calling Ajay Devgn 'Punjab Ka Dushman'. Reportedly the man wanted to have a conversation with the actor but his bodyguard tried to move him away. A video clip of a man yelling and screaming at Ajay Devgn has gone viral on social media. In the video, the man can be heard saying, "This guy is against Punjab. Punjab has given him food. How is he able to digest his food? How can you be against Punjab? You should be ashamed. You have been wearing turbans in movies with so much pride? Why aren't you ashamed? Are you going to run me over? Why can't he come out of the car and talk?"  as reported by NDTV.

Soon cops were called who reportedly rescued the actor and escorted him to the Film City. As per the report, the Mumbai Police has arrested the man on the charges of intimidation. He has been reportedly arrested under sections 341, 504, 506 of the IPC.