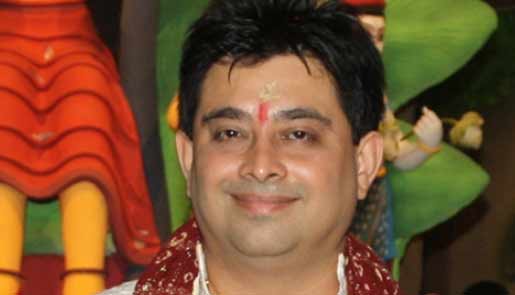 Composer Jeet Ganguly, who has created tunes for films like "Aashiqui 2", "Youngistaan" and the forthcoming "Khamoshiyan", says filmmaker Mukesh Bhatt is his "godfather", who gave him a "rebirth" in the Hindi music industry.

Ganguly had worked for a song in the film "Mere Yaar Ki Shaadi Hai" and then came back into the music industry with "Aashiqui 2", which was produced by Bhatt's Vishesh Films.

"I came back to the Mumbai music industry after 10 years. My godfather is Mukesh-ji, he brought me back. He has given me a rebirth," Ganguly told IANS in an interview.

Speaking about his musical inspiration and childhood, the composer said: "My childhood was full of Salil Chowdhary, R.D. Burman and Madan Mohan sahab. My father used to play with them and I used to play my guitar on their notations. That is where I got my inspiration from."

Ganguly, who has composed music along with Ankit Tiwari for the forthcoming film "Khamoshiyan", praised Arijit Singh for his voice in the title track.

"Arijit's rendition of the song and his flawless singing is the USP of the track. When he heard the title track, he liked it a lot.

"Arijit took three or four hours to record the song. I had told him that I want a fresh tonal quality for the song and there has to be innocence. He followed the same and did an excellent job," Ganguly added.

The supernatural erotica, which is the directorial debut of Karan Darra, stars Gurmeet Choudhary, Sapna Pabbi and Ali Fazal. The film will hit theatres Jan 30.