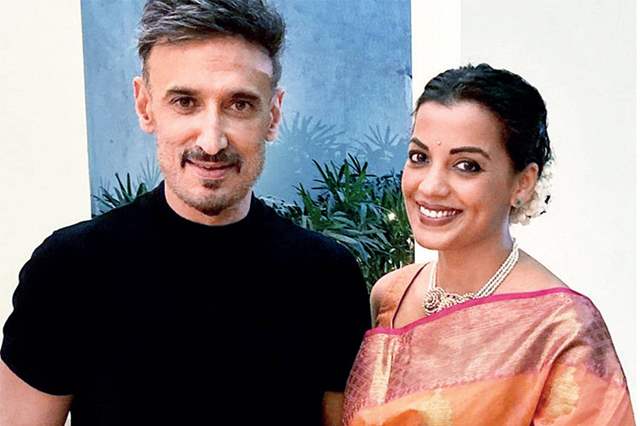 With time passing by, one of the most important factors of any relationship has been the changing dynamics. From having the conventional and traditional things of a relationship changing with times to how there is still judgment over any 'unconventional' things between a couple. On that note, actor Mugdha Godse recently opened up on the same in an interview with Iwmbuzz.

It is no secret how Godse has made a name in the industry from having starred in some successful films over the years to being in news for her relationships, she has always been the talking point. Godse has been in a relationship with actor Rahul Dev for a long time now, and she, as one would imagine has been subject to constant judgments for the same.

But in the same interview, she also talked about despite those initial issues, they stayed strong together and have been comfortable and happy with each other's lives.

She said, “Well, if you see earlier, age difference was quite a normal thing. It’s only a recent thing when the gap has reduced. But I always believe that whether there’s an age difference or not, the only thing that matters between you and your relationship with your partner is whether you both are happy with each other or not. As long as that is taken care of, anything shouldn’t be a problem. At the end of the day, it’s a relationship between just the two, and hence the opinion of only the two people involved in the relationship should matter and nothing else. I strongly feel that. ”