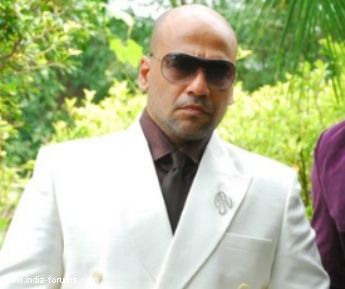 Bollywood and television actor Mohan Kapur is set to enter TV show "Amrit Manthan" as protagonist Nimrit's saviour. He will be seen as hotelier S.J. Oberoi and says that as the shows progresses he becomes like a father figure to her.

"It is a role of a billionaire hotelier, but that part comes into play later. It starts with my character discovering our leading lady (Nimrit, played by Ankita Sharma) in an accident. He saves her life and takes care of her. He is happy that she is alive and god has given him an opportunity to take care of her," Mohan Kapur told IANS.

Produced by Rajan Shahi's Director's Kut Productions, the show comes on Life Ok! and is the story of a family and how two sisters and the enmity that grows between them.

In the show, it will be seen that Kapur's character too went through a personal tragedy.

"So this is like a catharsis for him and he treats her like his daughter. As the story unfolds, he discovers the wrong done to her and he becomes her support system and pillar of strength. He becomes like a father figure to her," Kapur said.

"The character is very positive and robust. He loves life and believes in positivity that life brings along," he added.

He has started shooting for the show and will be introduced in the coming weeks.

"Amrit Manthan" is not Mohan's first show on Life Ok!. He was also seen in "Hum Ne Li Hai..Shapath".

Kapur feels that "Amrit Manthan" was the best show to come back to the channel.

"It is a predominant character and it was a good opportunity for me to come back on the channel," the actor said.

Kapur is looking up to his co-stars and director to help and support him.

"The people, who are there, have already established the show and have made it so successful. I will be looking up to them for their support and guidance," he said.

At the same time, Kapur is confident of his character and feels it will be liked by all.

Acumen 7 years ago Natasha Oberoi track was the best in AM...
Ankita Sharma was so perfect in AM...every character was well performed by her.
She is the best and so pretty
Ankita Sharma rocked in AM.

loveyoupreeto 8 years ago Anki - you are mindblowing in AM..keep it up dear

Ahlem 8 years ago I like you performance in 5th and 6th epis..all the best Ankita.

xxMATSxx 8 years ago Hmmm wonder what happened but im on both ends f the replacement issue. I dot watch the show firstly i just know of te couple. A frankly i luv dimple she was amazing in kuch is tarah. But the little bits i saw kd her and the guy idkk didnt click for me. She seemed just as raw in her acting as in KiT. And then i come to ankita whom i adored in bhph and her actig was always superb but im never for replacin leads case it butchers show but then again i luv anikta too and maybe shed work better for the role than dimple!? Idkkk rlly unsure but hopefully whaterr decision was made was right one.

gudia7 8 years ago Ankita you are looking like Sachi in new serial..luv you ...

gudia7 8 years ago Thanks Ankita for sending msg on fb. I will definitely watch this serial

ankita fans would only understand our sentiments if preeto was only 3 months old and preeto leading lady was being replaced by someone else. only then could you truly know what we are feeling right now. and though we have nothing against ankita as an actress, the truth cannot be overlooked. she cannot be brought in place of dimple as nimrit, she just wont suit the role, physically and personality wise too. so its not about maturity, but about the plain simple truth, and i echo voices of all nimrit and agni fans!

anasuya43 8 years ago Ankita All your fans appreciate you and acting ONLY.Nobody gave bad comments on present leading lady including me.That shows how matures we are all . All the best to you

Arjun Bijlani talks about his first reaction on being ...
6 minutes ago