View Profile
The King of Pop and music legend Michael Jackson ascended to the heavens above earlier this summer leaving behind millions in mourning. However, stars never die, because they live in the hearts of the lives they touched. And in his case, MJ has lived on in the hearts of some significant fans! 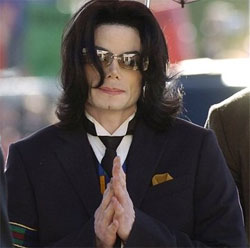 As a tribute to the late legend's talent, which has been a guideline for artists in Bollywood over the years, upon Shah Rukh Khan's initiative the creative heads at Red Chillies have decided to bring together a plethora of stars in the making of a video. The song for which, written by another ardent MJ fan, Vishal Dadlani of the Vishal-Shekhar duo has been composed by the pair of them; wherein the likes of Kay Kay, Shaan, Sunidhi Chauhan and Shreya Goshal, among others have lent their voices.

We lived in his World as the song has been titled, to be telecast on all leading channels for his birthday, the 29th of August, will stand as a salutation to the immortality of MJ's talent in the world he lived!   Author: Naseem J.