The Bollywood industry gives preference to movies that appeal to almost all strata of the audience globally. Whether it be a story based on the general day-to-day real life incidents or the ones that can bring out a lesson for the society; focusing on a story that is very much 'Indian' and has a strong message is the sure shot technique. It is evident that reality attracts masses because the audience can relate to a particular character in the movie. That would ultimately lead to good box office collections thus, making it successful. Therefore, BollyCurry presents a list of films that features misconceptions and preconceived notions that are the enemies of society today. 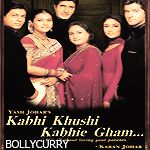 The movies presented by Karan Johar are often considered to be larger-than-life and K3G is no different. The ups and downs we go through in our personal life are well portrayed in this film. We always believe people who are affluent are the happiest. On the contrary, there's also a statement - "money cannot buy happiness". Keeping these two contradictory statements in mind, a very common and realistic situation was depicted. The association between two people may be decided with social bounds in mind, however, this movie depicted that the social standards are the very problem that will make or break a family, depending on how one perceive it.
Fashion (2008) 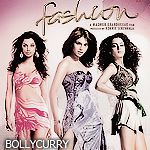 Last on the list is Fashion, a film that clarified various aspects of the glam world. As a movie that broke all boundaries and transformed the entire outlook of the common people, Fashion depicts that it is often believed that the industry is a bed of roses with all the worldly luxuries and fame. But the way a newbie is treated and looked upon by the kings and queens of the cine industry is a bitter truth common people are unaware of. Flaunting the bodies, smoking and consuming alcohol are considered a status symbol in stardom. The movie proved to be a mirror image of the glamour world with controversial scenes.
3 Idiots (2009) 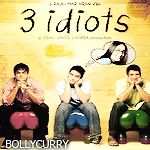 This movie is an adaptation of the novel Five Point Someone by ace writer Chetan Bhagat. The movie brings to fore an issue that is as old as time - parents trying to live their lives through their children. It is understandable that after spending half of their lives nurturing and caring for their children, parents expect to be "rewarded". However, oftentimes, these "rewards" are looked upon as an excellent career which is more than likely, a mainstream career path. At the end of the day, the child's skills and preference should be taken into consideration.
Bol Bachchan (2012) 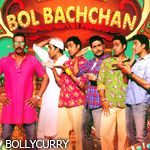 Bol Bachchan is inspired from a very successful movie of old times Golmaal with new twists and turns. It is a story projecting the Hindu - Muslim drift that still prevails in our society. Flared with perfect comic timings and role reversal of the male lead, it was a thorough entertainment on big screen. However, prominent characters were under the misconception that lying for a good cause is acceptable. Sadly, it is only until later that the consequences of these lies proved more cumbersome than the truth itself.
My Name Is Khan (2013) 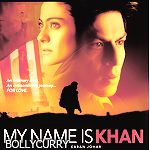 Political controversy in the name of religion is the main subject of this movie with the primary issue being the union of two people of different religious beliefs. In today's world, practicing terrorism has no religion but the leaders base their discussions entirely on this subject and mislead the nation creating agitation. The misconception that terrorists belong to the Muslim community is a major setback for the society, thus this movie depicts how the families of the victims are gravely affected by such misplaced accusations. The film somehow clarified the misconception and preconceived notions about terrorism, in the Indian audiences specifically.
These films are all blockbusters that served a good cause by bringing controversial issues to the brink. BollyCurry wishes that more movies coming our way are laced with a strong social message that would be an eye opener for all. If you are an avid Bollywood fan, do let us know which movie of recent times has inspired you in the comments below.
Author: Shikha A.
Editors: Mohini N. and Hershi J.
Graphics: Shikha A.

Do you have a suggestion or comment for BollyCurry? Drop us a PM at BC_Dropbox today.
11 Likes