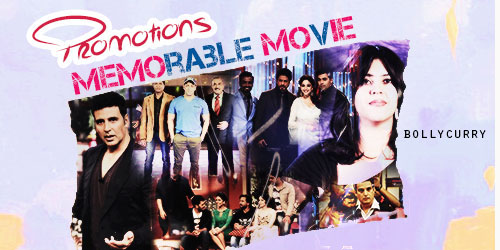 Just a decade ago, this would have been something not heard of. Today it's a popular form of promoting upcoming releases. Yes, we're talking about promoting movies on popular TV shows! Since it's the month of Tellywood and Bollywood, BollyCurry brings to you some memorable movie promotions. 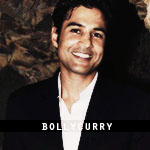 First up is Sony TV's most popular show, CID. CID has become synonymous with movie promotions for Sony TV and this began in 2008 when Rajeev Khandelwal became one of the first actors to appear on TV for a movie promotion. Appearing in the episode "The Case of the Missing Bride" for the promotion of Aamir (2008), Khandelwal was a concerned fiance whose bride-to-be went missing. He was an important part of the episode and the episode went on to be a big hit in terms of TRPs. 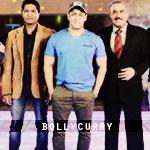 Since we're talking about CID we feel that it is important to mention Salman Khan who appeared not once, but twice for movie promotions. He first appeared in 2009 for the promotion of Wanted (2009) in "Khooni Piracy Racket". He played himself and was joined by Mehak Chahal, Inder Kumar, Sarfaraz Khan, and Sajid Ali. The episode revolved around a group of movie pirateers who were attempting to release pirated versions of Wanted before it released. Khan appeared twice, first promising assistance to the CID team and then to burn all the pirated versions. This episode was a big hit and consequently the movie also become a blockbuster hit. Khan then re-appeared recently in "Salman Ki Kick" and "Salman Ki Kick II" for the promotion of his recent movie Kick (2014). In "Salman Ki Kick" he was at the site of a movie promotion and while talking to Sajid Nadiadwala overheard a murder plan. He called the CID team while also taking down the two goons. In "Salman Ki Kick II" he made history when he brought ACP Pradyuman (Shivaji Satam), Senior Inspector Abhijeet (Aditya Srivastava), and Senior Inspector Daya (Dayanand Shetty) onto the dance floor to shake a leg with him on "Jumme Ki Raat". 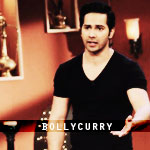 From crime to comedy, we now head over to Colors TV most popular weekend show,Comedy Nights with Kapil. A venue which is the best for every type of movie promotion and every episode is memorable in itself, we at BollyCurry spent quite a bit of time figuring out which best of the best should be presented. Therefore, we bring to you three such episodes that we feel were the most memorable. First is the promotion of Main Tera Hero (2014) with Varun Dhawan, Ileana D'Cruz, and David Dhawan. The episode was a laugh riot especially when Varun Dhawan made his appearance as an old, overweight man who was hitting on Dadi and when the two Dhawans teamed up against Ileana D'Cruz. Everyone was having fun and the episode was a success. 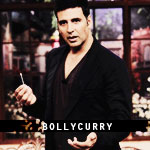 A few weeks later, Akshay Kumar, Vipul Shah, and Freddy Daruwala appeared to promote hit film Holiday - A Soldier Is Never Off Duty (2014). The episode is remembered specially for Kumar's entry, Kumar's kick-boxing session with Palak, Kumar's threatening act with Dadi when she tried to kiss him, and then Kumar and Shah's serious explanation of sleeper cells. The appearance of Daruwala caused a stir as it was totally unexpected especially because Kumar and Shah were having much fun with the audience, Kapil, and the cast. 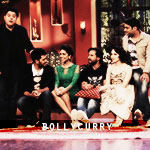 Soon after the promotion of Holiday, there was a weekend special for the promotion of Humshakals (2014). While the movie may have failed to impress, the two-day episode was a laugh riot and is bound to get viewers actually rolling on the floor in laughter. It is best remembered for the hilarious chemistry between Saif Ali Khan, Riteish Deshmukh, Ram Kapoor, Sajid Khan, and Kapil Sharma. The five pulled the audience's leg, pulled each other's legs, and pulled Tamanna Bhatia and Esha Gupta's legs. Some memorable scenes include the male leads' entry as they try to sort out if they are Humshakals (look-alikes) or real, the entire cast's musical chairs as they tried to fit into the limited seating, Bhatia and Gupta's attempt to woo Kapil Sharma, and then the male leads attempts to get away from Dadi's pyaar ki pappi (love kisses). 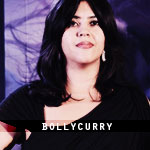 Ekta Kapoor also created waves in the TV and Bollywood industry when she came up with a unique idea for the promotion of supernatural thriller Ek Thi Daayan (2013). Instead of trying to find timings and space on currently airing TV shows, Kapoor created her own mini-series named Ek Thi Naayka which aired for 16 episodes and starred top Balaji actresses. Each episode starred a Balaji actress, such as Ankita Lokhande, Smriti Zubin Irani, Kritika Kamra, and Mouli Ganguly as well as popular male actors, such as Sachin Shroff, Yash Tonk, Bhanu Uday, and Amar Upadhyay. Each episode would have the female lead fighting a daayan (witch). Emraan Hashmi and Huma Qureshi made a special appearance in one episode each. While the show was quite popular, especially as it brought together so many popular couples from old Balaji TV shows, the show gave away much of the plot of the movie thus rendering Ek Thi Daayan as a semi-hit. 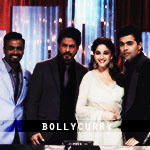 When we are talking about popular promotions, how can we forget King Khan? One memorable movie promotion by Shah Rukh Khan was on the popular dance show Jhalak Dikhlaa Jaa Season 6 and Dance India Dance Supermoms. Appearing on both shows, Khan had an enjoyable time dancing to Yo Yo Honey Singh's foot-tapping number "Lungi Dance". On DID Supermoms, Khan and Deepika Padukone also shook a leg with Mithun Chakraborty on "I Am a Disco Dancer". Khan also re-created the magic of Dil Toh Pagal Hai on the sets of Jhalak Dikhlaa Jaa with Madhuri Dixit Nene. He had a fun time pulling the legs of contestants with Rohit Shetty on Jhalak Dikhlaa Jaa. Surely, the Badshah still has his charm on his fans. 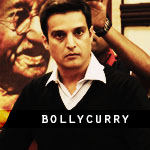 We bring this article to a close with an actor who has never shied away from doing things differently. Jimmy Shergill has always attempted to bring variety into his roles and movie choices and he did the same when it came to movie promotions. Shergill took on the idea of movie promotions differently when it came to TV. Instead of appearing in the TV shows that most stars appear in, Shergill chose to promote Darr @ The Mall (2014) on two TV shows yet untouched by the new phase of movie promotions on TV. He first appeared in Sab TV's police comedy drama FIR and followed it up with an appearance in Sony TV's courtroom drama Adaalat. While he also appeared in Sony TV's CID, it was the former two that brought about a change as these two shows had never seen a movie promotion up to this time. He appeared in all three TV shows as Vishnu in a case revolving around a similar plot to that of Darr @ The Mall. We believe all three episodes are a must watch!

Bollywood is slowly waking up to the popularity of TV shows as more and more directors promote their movies on TV shows. Whether it be shows that have become synonymous with movie promotions, such as Colors TV's Comedy Nights with Kapil, Sony TV's CID, and Colors TV's Bigg Boss (when it airs), or popular daily shows, such as Star Plus's Yeh Hai Mohabbatein, Zee TV's Pavitra Rishta, and Colors TV's Beintehaa, promotions on TV are becoming an important part of any movie's marketing plan. While we know that we did not cover all the movie promotions possible, we hope you do give the above a watch if you already haven't and do feel free to share your favourite movie promotions in the comment box below.

Thus this was the story of how promotions of  movies in Television rapidly increased due to the popularity of  TV shows worldwide, through the advent of technology. Having said that, we are now signing off with a promise to be back with yet another interesting topic, soon. Stay tuned till then!