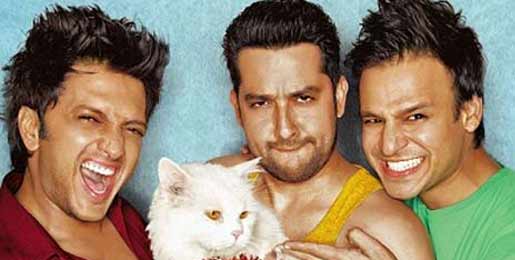 Actor Riteish Deshmukh and his co-stars Aftab Shivdasani and Vivek Oberoi, who are prepping up for the third sequal to the sex comedy "Masti" seem to be bitten by the selfie bug.

The "Ek Villain" actor took to micro-blogging Twitter to share a photograph of the film's trio on Wednesday.

The first two installments of the franchise were directed by Indra Kumar, and co-written by Milap Zaveri and Tushar Hiranandani.