A.R. Rahman is one of those ma 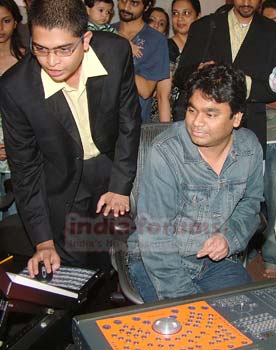 Featured Video
sters of the art who go about their work quietly. And true to his class, he never reveals his music prematurely. Ask him about the forthcoming "Jodha Akbar" and "'Wait, it'll be out soon" is all that the veteran music director has to say.

Recently, Rahman attended the inaugural function of a digital mastering studio of Aditya Modi, the winner of the Award of Best Sound Engineer in 2006 and 2007. Although Rahman's favourite studio is down south, where he prefers to record mostly in the night, he now has "one more place in Mumbai" to work.

At the function, the maestro seemed a bit upset by the cancellation of the proposed music show at the Wagah Border. "It was cancelled because of security reasons," he sighed.

When asked if there was anything he wanted to learn, the ace musician humbly said "music". Now, those ought to be the words of a true master. 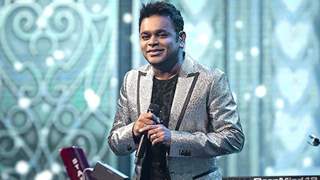