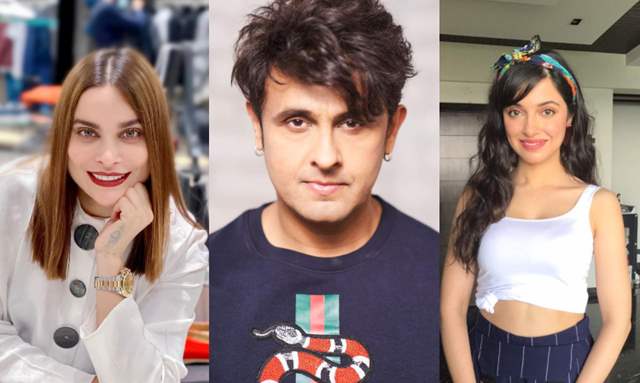 Sushant Singh Rajput's sudden and tragic demise shocked the whole nation and left behind a big question, 'When everything seemed fine, what went wrong that the actor had to end his life?'. While the post-mortem reports stated that it was a suicide and that the actor took his life by hanging himself, his fans and near and dear ones have claimed that it was professional rivalry that forced him to end his life.

A fresh wave of 'Nepotism in Bollywood' started trending on social media and sparked a huge debate on how B-town biggies do not allow an outsider to make it big in the glomour world.

Soon after various debates about the Hindi film industry started catching fire, singer Sonu Nigam pointed out the same pattern in the Music industry as well. He called out the 'Music Mafias' and uncovered the hidden things that take place in the music world.

He slammed T-Series honcho Bhushan Kumar and even dragged actress Marina Kunwar's controversy and spoke about her MeToo allegations which she had made against Bhushan when the MeToo wave was going on last year.

“Remember Marina Kunwar? And the allegations she made? Why did she say this and why did she back out? Media knows. I have her video. If you mess with me, I will upload her video on my YouTube channel. Don’t mess with me,” he said. He captioned the video as "Laaton ke MAFIA baaton se nahi maante".

Soon after Sonu's video went viral, Marina posted on social media that she is battling depression triggered off by “unwanted incidents”.

(When your life changes drastically due to some unwanted incidents happened in your life, that time you choose to go into depression. No one knows how badly these incidents effect your life. Sometimes we give up and we end up with our life! Feeling so depressed #Depression #Life #MarinaKuwar,”) she tweeted.

Now, she has yet again taken to her social media account and shared a concerning message pointing out at ending her life.

"I am going through a very difficult time in my life where I'm not able to make the decisions now what to do and what to not.

If something really bad happens with me, if my life ends for whatever reason, please make a note that I will need justice as I am not going to keep it a suspense/mystery.

I will make it easier for you all to find the reason behind it. I have already recorded one video and have written one letter mentioning the name of the people who all are responsible for all this.

This video and letter is with my family.

"Everything you do comes back to your #Karma #MarinaKuwar"

For the uninitiated, in 2018 during an interview with Aaj Tak, actress Marina Kuwar accused Bhushan Kumar and Sajid Khan of sexually harassing her.

Bhushan Kumar's wife, Divya Khosla Kumar too had retaliated to Sonu's allegations and even she pointed our Marina's case in her video.

She also mentioned that they decided to not press charges against women who allegedly falsely accused Bhushan. Divya then questioned Sonu, "#MeToo is such an important campaign, but some people are using it to malign other's image. I want to ask you, Sonu ji, what is #MeToo? Should I accuse you of #MeToo? Should I say you are a #MeToo rapist? Will you turn into a #MeToo rapist then?"