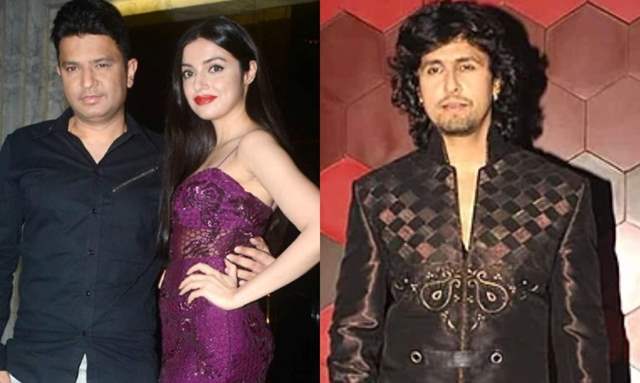 A few days ago, Bollywood singer Sonu Nigam shared a video on his social media to call out the ‘Music Mafia’ in the industry and shed light on the plight of new singers. And on Monday, Sonu slammed T-Series head honcho, Bhushan Kumar with an open warning.

Bhushan Kumar’s wife Divya Khosla Kumar has hit back at Sonu Nigam’s allegations and called it a publicity stunt. “Today it’s all about who can run a good campaign.. I'm even seeing people being able to sell lies and deceits with their strong campaigns.. #SonuNigam such kind of people know how to play with the minds of the audience.. God save our world,” she wrote on her Instagram Story.

(Sonu Nigam, T-series gave you your first break in the industry; helped you grow. If you had grudges against Bhushan then why didn't you speak out earlier? Why are you doing this for publicity today? I have myself directed so many videos of your father for which he was always grateful to us). But some people are thankless #achasiladiyatunemerepyaarka” 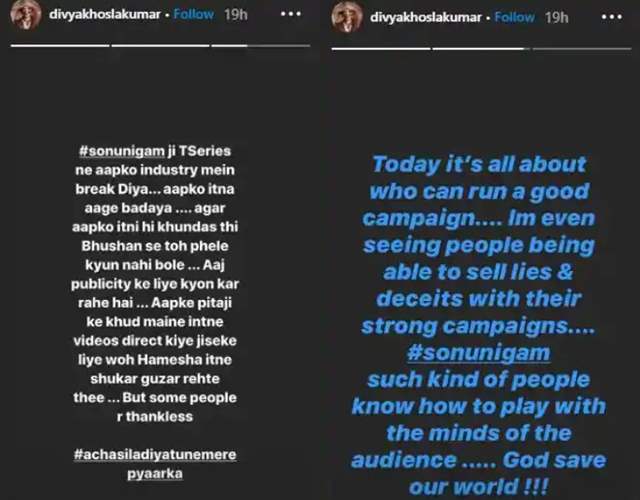 In his video, Sonu lashed out at Bhushan Kumar and threatened to expose him in connection to Marina Kuwar’s case. “Remember Marina Kunwar? And the allegations she made? Why did she say this and why did she back out? Media knows. I have her video. If you mess with me, I will upload her video on my YouTube channel. Don’t mess with me,” he said.

For the uninitiated, in 2018 during an interview with Aaj Tak, actress Marina Kuwar accused Bhushan Kumar and Sajid Khan of sexually harassing her. Now, Sonu Nigam has threatened Bhushan Kumar regarding the same case.

Breaking
Breaking After shooting from home, Aamna Shariff back on the sets of ...
a minute ago

The Kapil Sharma Show family welcomes their own family as ...
5 minutes ago

Lawyer reveals Rhea Chakraborty was struck off from the list ...
28 minutes ago

Kangana Ranaut lashes out at nepo kids once again as she ...
50 minutes ago

Anupamaa' goes a little hatke, actors record song in their ...
51 minutes ago

review
Review 'Bandish Bandits' Hits The Right Tunes With its Acting ...
7 hours ago