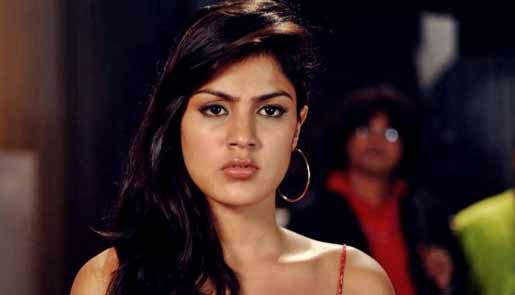 Whether a film has a big or small budget does not decide its fate at the box office, says actress Rhea Chakraborty, who believes that her new movie "Sonali Cable" is "strong on content".

Rhea stars along with Ali Fazal and Anupam Kher in the film, which is produced under the banner of Ramesh Sippy Entertainment in association with Bombay Mania Production Pvt. Ltd. and is directed by Charudutt Acharya.

"'Sonali Cable' is not a low budget film, it's a normal budget film. I don't think of any movie as big or small, after all what matters is content of the film. I have seen many times in Rs.100 crore films, there is no content. In short, only money is wasted," Rhea said in a statement.

The movie is about the corporate world and revolves around a small internet broadband company.

Rhea loves masala entertainers herself, but feels "films like 'Sonali Cable' also should be made".

"In our film, there is everything what audience wants to see. According to me, films like 'Sonali Cable' are career-changing films and only few get such a chance. I'm happy that I did this film," she added.

Last seen in "Mere Dad Ki Maruti", the actress is also due to star in Yash Raj Films' "Bank-Chor".