Bangalore, Nov 1 (IANS) Melody is ruling the Kannada audio market and composer Mano Murthy is dominating it. He is miles ahead of his rivals. 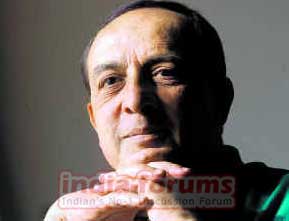 1. 'Cheluvina Chiththaara' - Mano Murthy has been having a dream run as a music director. His melody is ruling the audio market. 'Ullasada hoo male', 'Kanaso idhu', 'Janumada gelati', and 'Iralaare cheluve' are the top songs.

2. 'Milana' - There has been a big leap in the album's sales after the film completed three weeks in theatres. 'Ninnindhale ninnidhale' has now become the most popular song of the film. Listeners are finding 'Male ninthu hodha mele' appealing too.

3. 'Mungaru Male' - Though 'Mungaru Male' is not being screened in major centres, the audio is still popular. 'Anisuthide yaako indhu' sung by Sonu Nigam has struck a chord.

4. 'Krishna' - Composed by Hari Krishna, the album has been benefited by the film's success. 'Sathyabhama baramma' and 'Neenu bandha mele thane' have become the most popular songs of the audio.

5. 'Chanda' - Director S. Narayan himself has composed music for the movie and done his job quite well. 'Ninnaase Chanda' by Kumar Sanu is the top song of the album.