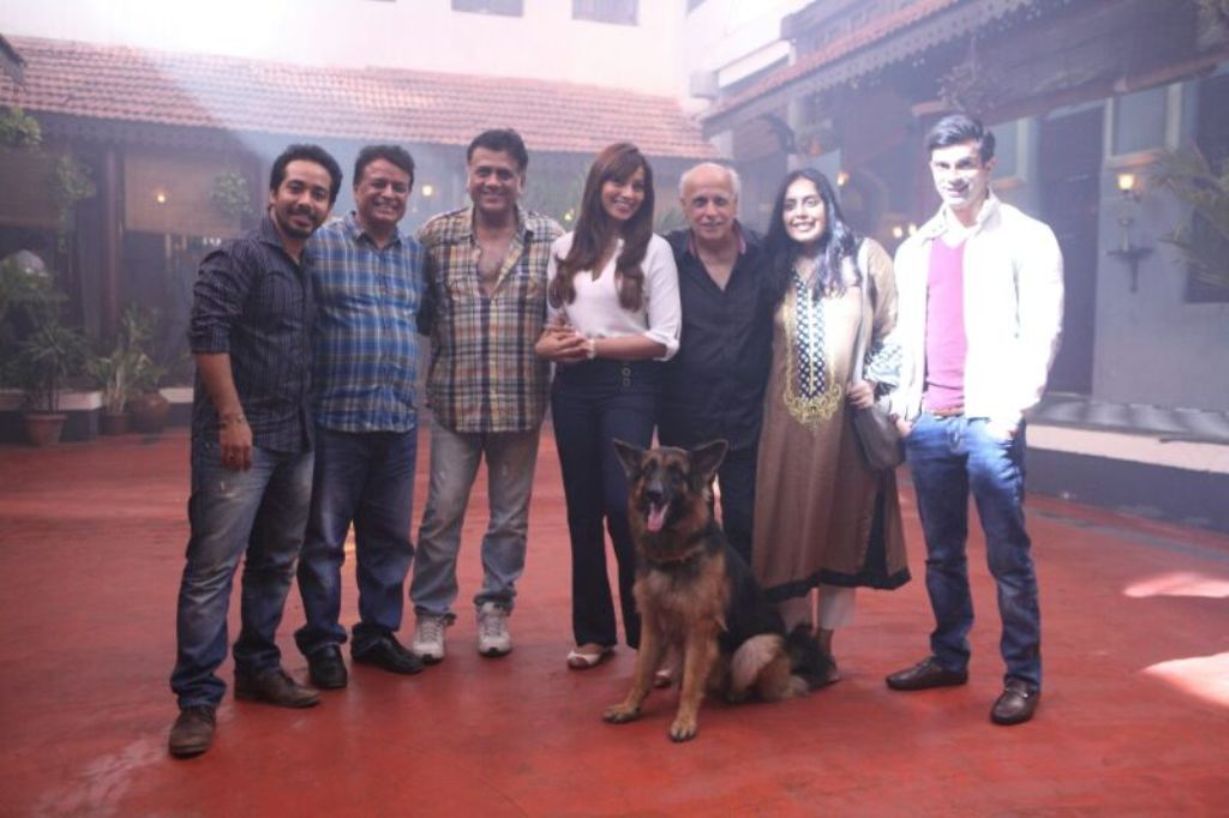 Well it has always been clear the special bond Mahesh Bhatt shares with Bipasha Basu. But it came as a huge surprise for the cast and crew of Alone when Bhatt Sahab (As he is fondly known) came as a surprise on the sets of Alone, who's shooting has begun!!

The film stars Bipasha Basu in lead and is being directed by Bhushan Patel, both of whom have worked with Bhatt's in the past and have a great success history too. So needless to say the entire set got along like a house on fire since they had their mentor to witness the shoot.

When quizzed, Producer Abhishek Pathak about this surprise said "We were really happy to have Bhatt Sahab on sets, who better than him could have mentored our film Alone which is a Horror love story, a genre best explored and presented by him".

The horror flick interestingly is the remake of the Thai horror film Alone which is a worldwide smash hit. The film stars Bipasha Basu and introducing Karan Singh Grover and is produced by Kumar Mangat Pathak, Abhishek Pathak and Pradeep Aggarwal under the banner of Panorama Studios
0 Likes