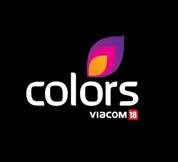 After the twin launches of Sarvopari Shri Swaminarayan Bhagwan and Vikram Aur Betal for the Sunday morning slot on COLORS, Sagar Pictures is all set to launch yet another mythological series 'Mahavir Hanuman'.

According to our source, "The production house has done a lot of detailing on the make-up and special effects to be used in the show. In fact they have managed to get a particular type of make-up stuff from abroad mainly for the show. This is the first time that television in India will be using such visual effects and make-up style".

"The actors will be mostly new faces, and the show will probably be a weekly", adds our source.

We called Producer Moti Sagar who said, "The show will be directed by Akash Sagar. The time slot and launch date has not been notified to us by the channel. We can talk in detail after few days".

13 years ago I hate such shows, they are too boring...

raanya 13 years ago nt interested in these type ov showss at alll.......

+ 2
13 years ago Why do they keep going back to the same old stories? Yes there are some extra stories about Hanuman before and after the Ramayan but the bulk of it will be the Ramayan again. It is time they do something different. How about the Dasarjna Yuddh from the Rigveda? How about an updated Sinhasan Battisi or the Kathasaritsagara? There's a wealth of stories in subcontinental culture and yet they insist on going back to the same ones again and again.

+ 6
13 years ago Can't wait for the show! If it's going to be on Colors, it might be a pretty decent show, but I hope they don't drag the story like they did with NDTV Imagine Ramayan.

13 years ago now i dont like colors .in the beining all its shows looked promising but now all are going in the same way of saas bahu

+ 2
14 years ago This was bound to happen, cuz Abi is just intimitated by Ash's suscess in B-town, even tho, i;'m not crazy about this couple.

14 years ago their relationship always seemed bit odd to me!!! to fake