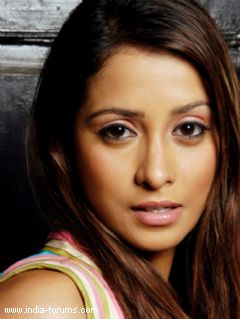 Madhura Naik who was last seen in  Colors Khatron Ke Khiladi x3  as the partner  F1 racer Armaan Ibrahim is now back to fiction after Dil Mil Gaye with yet another show on,  Pyaar Kii Yeh Ek Kahaani.

We hear that Madhura will be playing the character of Teej who is very stylish, modern somewhat similar to the character of Kareena Kapoor in the movie Kabhi Khushi Kabhi Gham. She will be seen opposite Vishal Gandhi. The unit is presently shooting as Panchgani.

Our source tell us that " Actress Damini Anand who played the popular negative role in Zee TV's Maayaka was earlier finalized for this role. However Madhura Naik has now bagged the role."

When contacted Madhura confirmed the news to Tellybuzz and said " Yes I am coming back to fiction with Pyaar Kii Yeh Ek Kahaani. It's an interesting role and I am looking forward to it."

Pyaar Ki Yeh EK Kahaani launches on Star One on 18th October at the 8.30pm slot.

-Lostindreams 9 years ago IM sorry i think i have mistaken this article. Or maybe im not able to see properly.

CAN SOMEONE TELL ME WHERE SUKIRTI IS MENTIONED!

Looking at such comments, i just wanna ask don't u get hurt if those stuff was said abt ur fav?? Ur fav actor/actress will be treated as u treat other.

Learn to respect, whn u do tht, then ur fav actress might be as much respected.

-Premeena- 9 years ago hmmm i guess she might be playing emmets girlfriend...rosalie..!! looking forward for this..

ShadowImbue 9 years ago its good she is back with Pyar ki aik Kahani looking forward to it.

JATINTHAKKAR 9 years ago Best of Luck To Madhura.Loved Her as Suvarna Modi in DMG.
Nice To see Madhura Back Home.

She Has Left That Bad Energy of KKK3 Behind.lol

Shilpa.Agarwal 9 years ago waitin for dis show.....sukk will be much better as pia i think

On Return to TV, Ellen Addresses 'Toxic Workplace ...
53 minutes ago