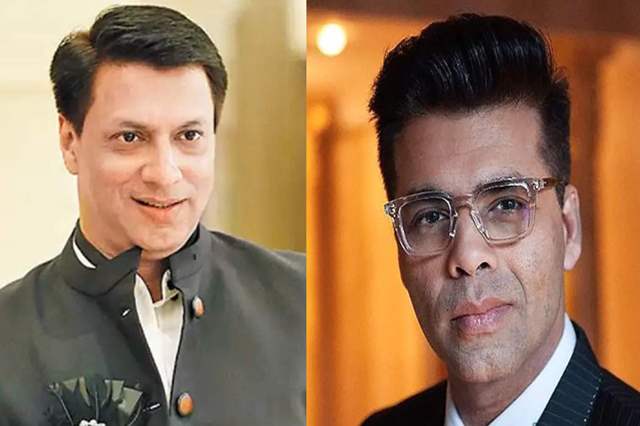 Ever since the trailer of Netflix's upcoming reality series, The Fabulous Lives of Bollywood Wives came out, apart from the response that netizens have given it, the show has been subject to constant controversy actually. Filmmaker Madhur Bhandarkar went on Twitter to accuse Karan Johar of being unethical about the use of the title, 'Bollywood Wives.' Bhandarkar mentioned how Johar came to him to ask for the title but he had to politely decline it as he is working on a concept himself and already registered for the title.

Even after being clear about it, Johar did use the words in his title albeit changing things up and tweaking it differently. Only a while ago, we reported about how Johar went on to post his clarification and not just that but also posted an official statement on the same apologizing to him too.

Now, Bhandarkar has gone on to accept Johar's apology but along with that also posted a hard-hitting note of sorts. In his note he mentioned, “I didn’t hesitate a moment in the past before granting you the title “GUTKA” in 2013, that you had requested from me, and hence I would have expected the same courtesy in return when I declined you the use of a title I had duly registered, and which I did not intend to part with.” He then cites the reason behind being upset stating that Karan went ahead with the title despite their conversation and rejection from the trade associations.

He further quotes, “This is not how I believe relationships work.” The filmmaker ends the note by saying that he has accepted Karan Johar’s apology and leave the things there-

It is good to see how even such things can be solved with two smart and nice people in the equation willing to actually solve an issue and not gain mileage from it.