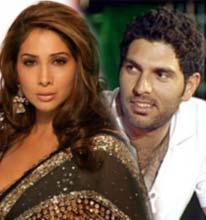 The stylish hunk of the Indian Cricket Team, Yuvraj Singh and a few movies worth, Kim Sharma were quite the couple before things went sour between the two. Yuvi's mom did not want an actress 'bahu' and thus refused to accept the relationshop. The two parted ways and followed separate paths.

While Kim unsuccessfully tried to build a career in Bollywood, Yuvraj was linked with many a Bollywood actresses including Deepika Padukone and his IPL team 'Kings XI Punjab' owner, Preity Zinta.
After going through a full circle, news has it that Yuvraj has finally realized that Kim is the woman of his dreams and has been trying to get together with the lass. Yuvi has been constantly texting Kim while the latter has been giving him the cold shoulder.But as it is said, true love surpasses all the tests of time and Kim has finally given in to all of Yuvi's coaxing and has accepted his offer to visit him in South Africa where Yuvi was held for IPL.
Now, isn't this sweet. We hope the couple get through their differences and wish them all the best for the future.
Featured Video 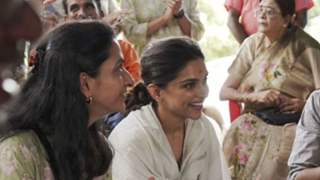