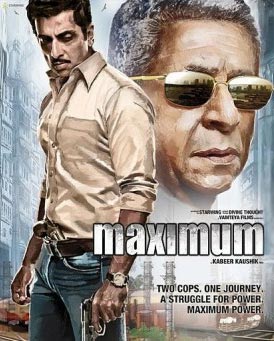 Veteran actor Naseeruddin Shah, who will soon be seen in Kabeer Kaushik's forthcoming film "Maximum", says while selecting a role he gives importance to script and how the film will be made.

"These days I don't think about what my role is in a film before choosing it. The film should be such that makes me feel proud of my association with it, that makes me happy and in which I would enjoy working," the 61-year-old said here Monday at the music launch of "Maximum".

"My agenda is to support a film. I give more importance to the script and the way the film will be made over the length of my role," he added.

Set in Mumbai 2003, the story is about two cops, their journey and struggle for power. In this game, they are not alone. There are conspirators moving at every level.

Naseer is impressed with his co-star Sonu and said: "I am very impressed with Sonu. He had a very powerful presence in 'Jodhaa Akbar'. I think it is a good thing that he has not got stuck in the villain category. He trusts other actors and he has no insecurity. I really liked working with him."