Mumbai, May 30 (IANS) Many films under production now are lying unsold thanks to the recession and the stand-off between producers and multiplex owners over revenue-sharing.

Director Rahul Dholakia's Kashmir saga 'Lamhaa' is one such big budget movie that is waiting for buyers. So its producer is now sending a trailer to distributors across India.

Despite having stars like Sanjay Dutt, Bipasha Basu and Kunal Kapoor, 'Lamhaa' has found no takers yet. But producer Bunty Walia has found a unique way of selling his film - he has put together a six-minute trailer of 'Lamhaa', which he will now send to 30 distributors across the country.

Walia hopes the trailer would convince distributors to invest in the film.

'I know this is a very unorthodox way of selling a film. But do we have a choice? Gone are the days when we producers wouldn't show a frame of our films to distributors until it was complete,' a troubled Walia said.

Walia flew to Goa, where Sanjay is shooting, with his six-minute trailer showreel and got the actor's approval.

'Sanju loved it. Nothing is being done without his approval. Sanju is the backbone of 'Lamhaa'. He grew a beard specially for the film. Then kept it right until the end. He shaved off the beard on the day he left for Lucknow to campaign for the Samajwadi Party,' the producer added.

Apparently Sanjay is taking a keen interest in the completion, sale and marketing of his films. Several of his films including Zee's 'Chatur Singh 2 Star' and 'Lamhaa' are yet to find buyers.

Walia, however, says it's only a matter of time.

'The break that he took sent out wrong signals to the market. Now that he's back full-swing the market knows Sanju is here for good. See, content is king. And if you've a film with a high content then you've nothing to worry about.' 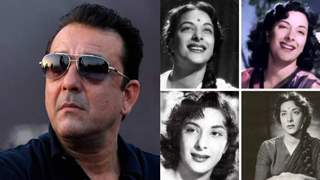