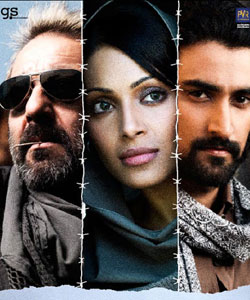 The Bipasha Basu, Sanjay Dutt and Kunal Kapoor starrer Lamhaa has managed to stay consistently in the news because of the serious subject of the film . The latest buzz reveals that this might be the reason the film has been banned in the Middle East.

The film won't be screened in UAE, Bahrain, Qatar and Kuwait. The reason behind this ban is still a mystery. Earlier, a similar thing happened in Kashmir, where the film was supposed to be premiered but the censor board banned the film as the film revolves around a sensitive issue in Kashmir.


"Ban on honest film? What happened to freedom of expression? Sadly, people of Kuwait, Bahrain, Qatar, Oman and UAE won't be able to watch our film."

Sanjay's views weren't much different from Bips'. He was extremely upset about the matter.

"First, the film could not be premiered in Kashmir and now the Middle East has banned the film," Dutt expressed on Twitter.

Well, we just have to wait to find out the actual reason behind the ban. Till then good luck to Lamhaa.