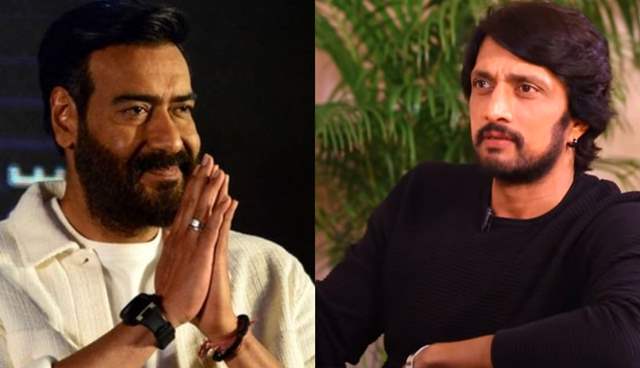 Amidst the long debate of having South films taking over cinema and scoring big, one other topic that emerged and went on to become quite controversial was the one of 'PAN India films.' While, several filmmakers and actors seem to have had a take on it, as one would remember, it was Kannada superstar Kiccha Sudeep's tweet that created an absolute stir and even went on to become a twitter war between him and Bollywood superstar, Ajay Devgn.

The crux of this matter. while directed at PAN India films was about Sudeep's controversial claim saying that 'Hindi is no longer India's national language.' This wasn't taken well by Devgn, who penned his own tweet in Hindi questioning him why he dubs his films in Hindi. A series of tweets followed ended with Sudeep and Devgn burying the hatchet.

Recently, when Sudeep was asked about his reaction to Devgn’s Hindi tweet, the actor had told a news portal that Devgn was a true gentleman and that the Hindi tweet was definitely a third person’s idea. He stated that the Devgn he knows would never tweet in Hindi. He added that the entire controversy erupted because of a misunderstanding and that he was not fighting against Hindi as a language.

Clarifying his statement on Twitter, Sudeep had then replied to Devgn, “Hello @ajaydevgn sir.. the context to why i said tat line is entirely different to the way I guess it has reached you. Probably wil emphasis on why the statement was made when I see you in person. It wasn't to hurt,Provoke or to start any debate. Why would I sir.” Ajay had also concluded the debate with a tweet that read, “Hi @KicchaSudeep , You are a friend. thanks for clearing up the misunderstanding. I’ve always thought of the film industry as one. We respect all languages and we expect everyone to respect our language as well. Perhaps, something was lost in translation.”

+ 8
2 months ago cinema is evolving. maybe not ajay but there are definitely some sour grapes that regional cinema is taking over.