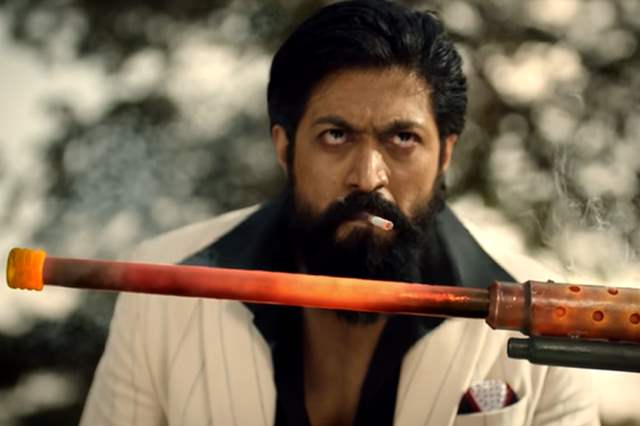 You might be living under a rock if you are not aware about the film franchise, KGF as of yet. One of the biggest films back in 2018 and undoubtedly a massive success too, KGF Chapter 1 managed to garner instant interest and attention when it was confirmed that this indeed is just the first chapter and that there will be a second chapter too.

We also know that Chapter 2 was supposed to witness a release last year but owing to the pandemic, it has witnessed a delay like an array of films.

But, a few weeks ago, the teaser of Chapter 2 was released followed by some promotional posters of the characters. However, the millions of fans of the franchise were only waiting to know the release date of the film, which is what matters, isn't it? That wait is finally over as an official announcement has been made that KGF Chapter 2 will be releasing on 16th July 2021. Trade analyse Taran Adarsh confirmed the same saying, "#KGF2 ARRIVES ON 16 JULY 2021... #KGFChapter2 - the second installment in the #KGF franchise - to release on 16 July 2021... Stars #Yash, #SanjayDutt, #SrinidhiShetty and #RaveenaTandon... Directed by Prashanth Neel... Produced by Vijay Kiragandur. #KGFChapter2onJuly16"-

We can surely say that even though this release date has been confirmed but it will be a bittersweet moment as the fans would have loved an earlier release date where July seems rather far away right now.

Sanjay Dutt reveals his reaction when he was offered the role of ...

Sanjay Dutt on working with Prashanth Neel in KGF 2: It was a very ...