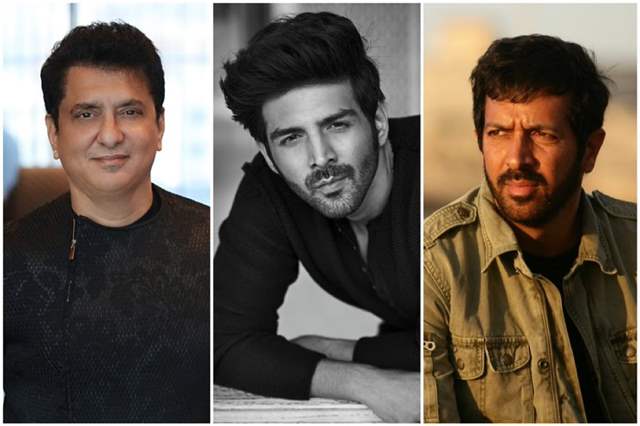 Producer Sajid Nadiadwala has pulled off an exciting casting coup yet again, as he is all set to kickstart his next big project featuring the nation's heartthrob, Kartik Aaryan in the lead role. The untitled project will be jointly produced with and directed by Kabir Khan.

While the untitled project will bring Sajid and Kabir together once again, it will be interesting to see the hit filmmaker direct Kartik Aaryan for the first time, in a never seen before avatar.

Interestingly, this is Kartik’s first big announcement after the mega success of Bhool Bhulaiyaa 2 and the superstar now gets director Kabir Khan, who has made blockbusters including Bajrangi Bhaijaan and 83. Also, Kabir collaborates with Sajid Nadiadwala for the second time.

Though the details of the project has been kept under the wraps, it is said to be a massive entertainer on a large scale production and based on a true story, something that the audience would have never witnessed before and the announcement of the three giants collaborating together has certainly piqued huge curiosity amongst the movie buffs.

Talking about Kartik Aaryan’s work commitments, he recently announced the release date of his upcoming film Shehzada. Apart from that he has a slew of projects in the pipeline.

+ 8
2 months ago never before seen avatar? too bad, cuz i like him in rom-coms