They have given comic hits like 'Jodi No.1', 'Haseena Maan Jaayegi' and 'Biwi No.1'. Now Karisma Kapoor and filmmaker David Dhawan are teaming up after nine years, but this time to judge a new comedy reality show 'Hans Baliye'. 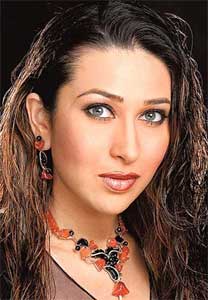 Featured Video
While Dhawan is known for churning out a series of successful comedies, Karisma has portrayed a number of comic roles in her career. They had last worked together in 2000 in 'Chal Mere Bhai', which also starred Sanjay Dutt and Salman Khan.


In their new roles on television, they would judge eight real-life celebrity couples who will vie with each other by cracking jokes and enacting spoofs to win the 'Hans Baliye' trophy. The show will be aired on Star One and will debut May 30 at 8.30 p.m.

According to Dhawan, it was 'the uniqueness and of course the comic aspect' of the show that made him agree to become a judge.


'Comedy is something I personally enjoy and watching these couples showcasing their humorous side will surely be a treat to watch. The show promises to be interesting and engaging,' Dhawan said in a press release from Star One.


Karisma said she was attracted by the 'amazing concept to search for India's best real life comedy couples'.


'On Indian television, we have a plethora of reality shows such as talent shows for dancing, singing, etc but 'Hans Baliye' gives a platform to real life couples to showcase their talent to a wider audience. Making people laugh is not an easy job. It requires a whole lot of dedication and hard work. I am looking forward to having a good time on the show,' she said.


Among the participants on the show are television actors Tanaaz and Bakhtyaar Irani, Delnaaz and Rajiv Paul, newly-wed Juhi Parmaar with husband Sachin and Sara Khan with beau Ali Merchant.