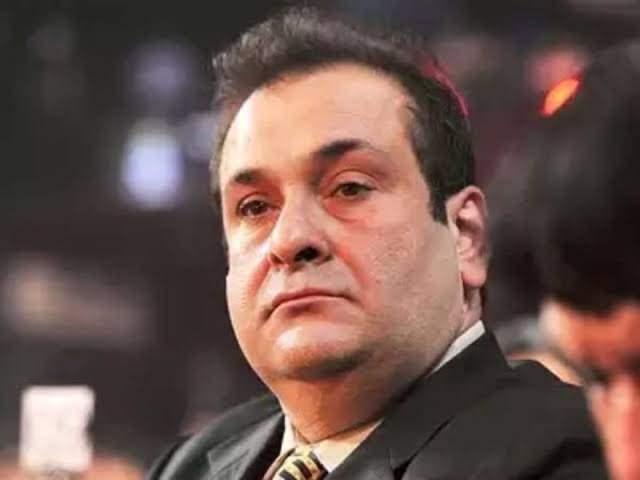 Raj Kapoor's youngest son, Rajiv Kapoor, passed away on Tuesday, after suffering a cardiac arrest at the age of 58.

Rajiv Kapoor suffered a cardiac arrest, following which his elder brother Randhir Kapoor rushed him to the Inlaks Hospital, near their residence in Chembur. However , the doctors unfortunately declared him dead on arrival.

While Rajiv Kapoor’s last rites took place in Mumbai in presence of family and friends, no chautha will be held due to the current pandemic circumstances.

Kareena Kapoor Khan confirmed the same as she shared an update on her social media handle.

Sharing a picture of late uncle Rajiv Kapoor with the text “In loving memory...RAJIV KAPOOR. AUGUST 25, 1962 - FEBRUARY 9, 2021”, she shared: “Due to the current pandemic circumstances, there will not be a Chautha held for late Mr. Rajiv Kapoor for safety reasons. The entire Raj Kapoor family is a part of your grief too.” 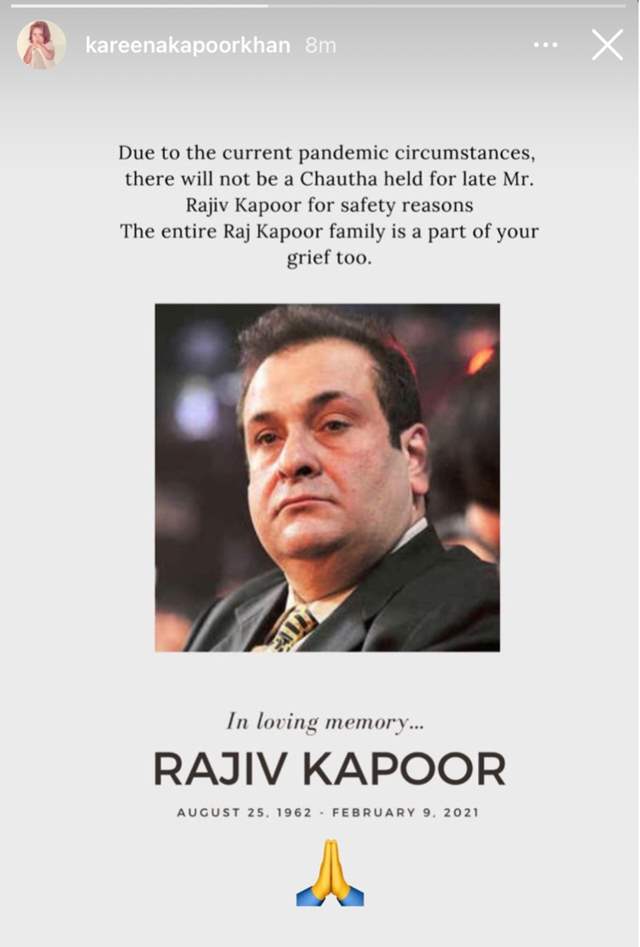 Rajiv Kapoor, the younger brother of Randhir Kapoor and late actor Rishi Kapoor was seen in movies like Prem Granth, Ram Teri Ganga Maili, Ek Jaan Hain Hum, Aasmaan and more. He was going to make his comeback after 3 long decades with Ashutosh Gowariker's film 'Toolsidas Junior', also starring Sanjay Dutt, that is yet to release. It’s unfortunate that Rajiv Kapoor could not see his last film on screen.