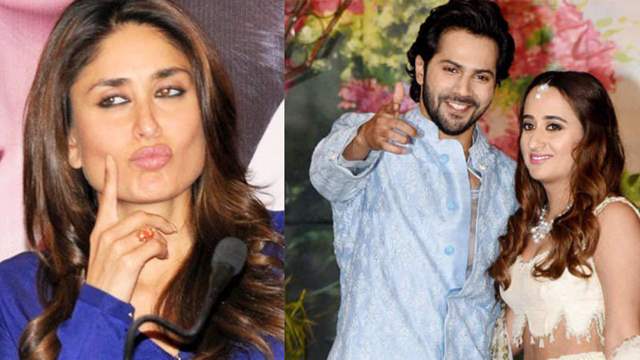 Childhood sweethearts Varun Dhawan and Natasha Dalal are one of the most loved couples of B-town. While the duo has been in a relationship for many years, the reports of their marriage often make the rounds on the Internet.

Well, looks like Kareena Kapoor Khan has finally let the cat of the bag as she may have accidentally confirmed Varun-Natasha’s engagement. Recently, on her show What Women Want, Bebo referred to Natasha as as his ‘fiancée’ which has now spiked our excitement high.

VD also opened up about marriage and said, “See, marriage, coming into this time period when you have been with someone for so long... I felt like getting married after I saw my brother and my bhabhi. When I saw my niece Niara, I was like, ‘This is good.’”

He also revealed that he and Natasha would have liked to be in a live-in relationship but his family wants to see them get married. “Natasha and her parents have been pretty chill in that sense but I think after a certain period, you decide that you want to live with each other. She and I wouldn’t have minded a live-in relationship but my parents wanted us... Because I have my own place now,” he said.

Furthermore, Varun also revealed that Natasha had rejected him three-four times but he did not lose hope.

Meanwhile, there were reports of the couple tying the knot in a Thailand wedding, however, that was cancelled due to to the COVID-19 pandemic.