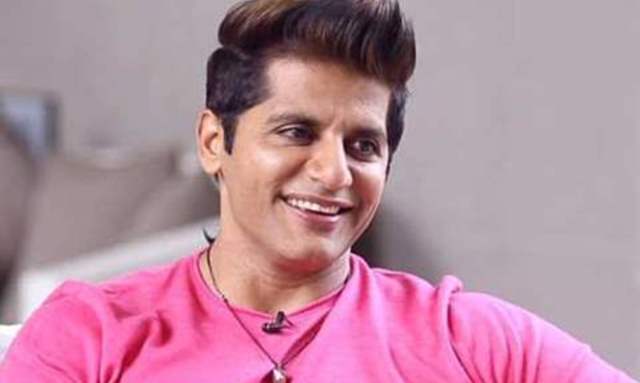 Actor Karanvir Bohra returns to the digital screen with his next web-series Bhanwar on Zee5.  The versatile actor has never shied away from trying new things in terms of content, genre, and role. With this next release, he steps into an unexplored category of time travel - the first for an Indian web-series.

Speaking of the challenges of shooting the film during a lockdown, Karanvir says, “The first big challenge of shooting Bhanwar was who would shoot it? Initially, I thought I would shoot it by myself, on my own camera, but we needed someone who could shoot it for us, as it would become easier for me. We got Raju Gauli on board, whose a friend of mine, who’s done a lot of good shows, including a part of my film as well as been the DOP for Ishqbaaz. We got a COVID test done for him and when that cleared we put him up in one of the houses in our building for two weeks, before beginning the shoot. Personal safety and hygiene was top priority for us when starting off with this shoot, so that was something we really stressed upon well".

The series which has been shot very intensively amidst these times,  will not only see Karanvir as an actor and producer, but it will also mark his directorial debut. Speaking about venturing into the directing space, Karanvir shares,"I never thought I would be able to direct until I was put into the situation. I have in the past directed small skits, but directing an entire web series was a different ballgame altogether, especially during this time with no proper units, assistants, and others to work on the project. Though what helped was the experience of being a part of so many shows, including a couple of projects I myself have assisted.  So once we started working on Bhanwar, it all in fact went quite smoothly. We would shoot close to 8-10 minutes a day worth of episodes. There was no make-up or a lightman; Priya and I did our own makeup, and we had two tube lights which we would place at very strategic places while shooting. We shot the entire show with just 4 people. I even convinced Payal Sodhi, who was a part of the production, to act herself as we couldn’t call anyone from outside. Teejay and Mantra shot for 2 days with us as well. That’s how the whole thing came together and we called it the Atmanirbhar production.”

Karanvir concludes by saying, “I realized if I can work on direction with a skeleton unit, just about anybody can! It’s not difficult at all, and if you are well in place with your strategies about how, when, and where the project is going to be put together, then it can all work out well!".

Bhanwar premieres on the 18th of August on Zee5.