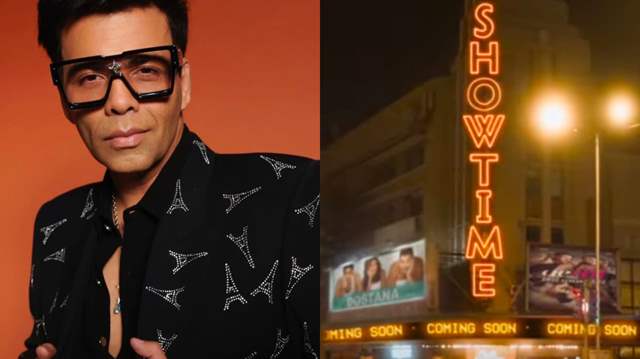 Renowned filmmaker Karan Johar is coming up with a new web series, based on his favourite subject – the secrets of Bollywood. The agreement with Johar will comprise season eight of talkshow Koffee with Karan and drama series Showtime

The show, which will stream on Disney+ Hotstar, was announced at the global Disney fan event, the D23 Expo.

Karan took to his social media and announced the same with the synopsis of the show released by Disney+ Hotstar reads,

"Bollywood is the land of dreams – dreams that are dreamt with eyes wide open. Showtime, a drama series, brings forward all the off-screen fights for the power that runs the show. A deep, raw, unconcealed and uninhibited look into the battle lines that are drawn and crossed to keep the camera rolling and the audiences clapping. There is only one emperor that sits on the chair - but what’s a throne without a fight to get there? So, lights… camera… and action!”

Talking about the same Karan said, “I am excited to associate with Disney+ Hotstar for our new collaboration, announced at the prestigious D23 Expo and bring yet another exciting season of my beloved show, Koffee With Karan.”

Karan Johar is currently hosting season 7 of Koffee With Karan and 10 episodes of the series have already aired. Being an all-time favorite for over 18 years, the talk show has made headlines with superstar guests and intimate, fun conversations.

+ 4
2 months ago Enough of this over inflated egoist person. Will he reveal Bollywood run by underground people?

+ 3
2 months ago One KWK was not enough for nonsense, that he wants another show of his stupid nonsense 🤦‍♀️🤦‍♀️… who even wants to know now… people r just done with these stupid fake Bollywood people 😤😡