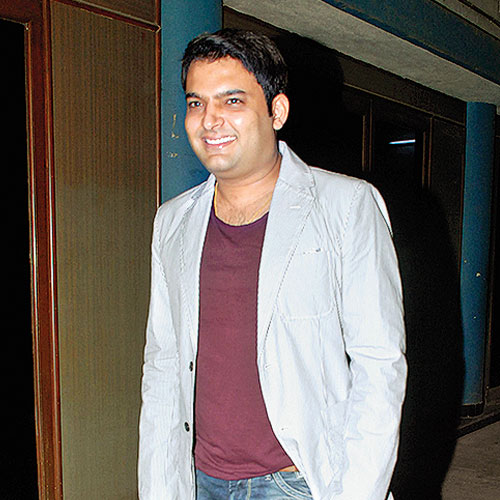 Kapil had to hastily delete the Modi tweet and plead with his fans and followers to stop the ugly war of words.

On being contacted Kapil expressed immense dismay at the turn of events.

He said: "Out of a sense of innocent excitement I re-tweeted Modiji's comment where he mentioned my show. How was I to know it would spark off a very ugly and undesirable verbal battle on the social network?"

Apparently, Kapil had to make frantic peace pleas before the ugly exchange of insults on Twitter stopped.

"After shooting at 4 a.m. on Monday morning I came to know that some mischievous tweets had triggered off a verbal war. When I looked on Twitter, I was horrified to see people using dirty abusive language for one another. I couldn't understand what provoked them," said the entertainer.

Claiming that he never uses his show or his space as on the social network to promote any politician or politics, he explained: "Our show has fans all of all cultures and religion all over the world."

"We want people to forget all their differences and become one when they watch 'Comedy Nights with Kapil'. That I could've even indirectly provoked this ugly war of words pains me a lot. I am not affiliated to any politician or political party."

littlesmile 6 years ago LOLL there is something called freedom of speech.If kapil tweets something its his personal opinion.People cant respect others here.Abusing him for that is just disgusting.All the best kapil these idiots cant effect ur image.

khamosshhh 6 years ago I hate how ppl misuse Twitter nd in d false sense of anonymity display cowardly behavior of abusing others, especially celebs even for d most innocent of tweets!