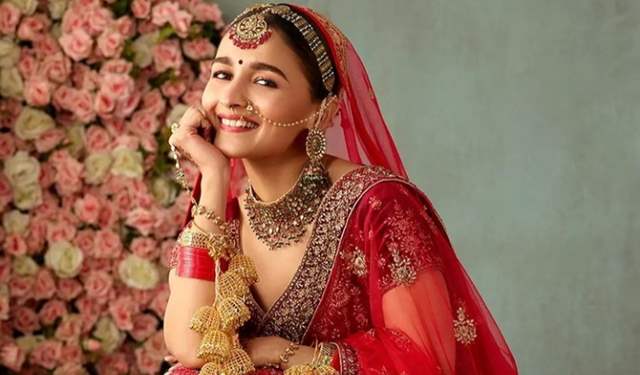 A new controversy has started with an advertisement of bollywood actress Alia Bhatt.

Alia has done this advertisement for a bridal wear and the controversy has arisen due to the question of bride donation(kanyadaan) presented in it.

Some people have praised the new concept in advertising. Some have strongly opposed it.

Alia has been targeted by those who oppose the advertisement, accusing her of insulting Hindu Dharma.

What exactly does the ad show? The video of the ad, which went viral on social media, shows Alia sitting in the wedding tent in a bridal dress.

She tells everyone that how much her family loves her then too, why is she going to be donated is she a thing to be donated . She raises questions regarding Kanyadaan. "Why is a girl called a paraya dhan? Is it a matter of donating girls? Why Kanyadaan? Let's adopt a new idea instead, Kanyamaan!" That's what she says at the end of the video.

Some people liked this advertisement of Alia.

They have praised it saying thankyou for making us heard this is a very storng social message , while some said that they hope elderly people come across this beautiful message.

But some did not agree. Alia has been criticized by many on social media.

Some have said that Alia insulted Hinduism. Some have asked why only Hindu traditions are targeted every time.

Netizens have also demanded a ban on Alia and the brand she advertised.

On the other hand, there is not enough awareness about practices like triple talaq and other reglious practices, but there is a lot of talk about Hindu traditions, in such words netizens have expressed anger.

Alia or the brand has not yet responded to all these controversies. Alia has been associated with the brand for the past few years.

She has also advertised for this brand before.

1 months ago Amazing ad. I agree with this ad. It's true why not kanyamaan?

1 months ago It’s time alia and manyavar do an ad on triple talaq , nikah halala .. show the guts