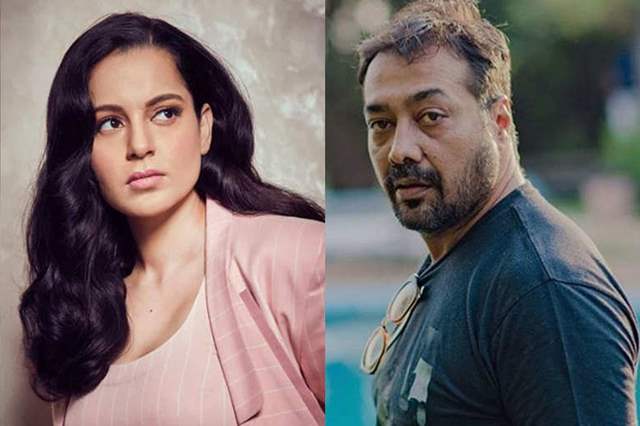 The Anurag Kashyap-Payal Ghosh saga continues where even the latter has now officially filed a complaint against the filmmaker and even with Kashyap, his lawyer Priyanka Khimani has issued her statement.

As known in this saga, there is one person who has decided to come all guns blazing against Kashyap, and that is actor Kangana Ranaut. Her Twitter spat with Kashyap was one of the first things that caught attention

and she has now decided to support Ghosh on her pursuit for justice.

And now, recently, Ranaut shared an old video (initially shared by a Twitter user) that has Kashyap confessing that he 'molested and abused' a kid during his childhood. This seems to during a seminar/summit where Kashyap is talking about it on a panel. In the video, Kashyap can be heard saying that he used to take a kid to the corner and slap him. It was a way to remove his frustration as he suffered the same too. The kid then complained to his parents, and Kashyap was pulled up by the principal of the school, as shared by the director.

And reacting to the same, Ranaut said, "I spoke about emotional vultures/suicide gang who killed SSR and tried to push me to kill myself, many asked but why they do this to others? Listen to Anurag he is explaining how he used to molest a kid, they are people who are hurting but they think hurting others is the answer."-

ChickenSoup 1 months ago @basherz Well we’ve been criticizing each other the whole time aren’t we? He/She criticized me and I criticized them back. Are you his/her lawyer or something? Why are you speaking on his/her behalf? Why not mind your own business and let the person in question respond since the criticism was directed towards him/her? You seem to have too much time in hand. And you also seem like you’re new to the internet. People cross lines all the time and here you’re trying so hard to be a social justice warrior. Here’s an advice: if you can’t understand that there are different ways to debate, don’t try to advice others on how to debate.

ChickenSoup 1 months ago @simplyme Thanks for your two bit advice which I will only need for wiping my butt. There’s no excuse whatsoever for abusing a child. Just because he was abused as a child doesn’t give him the right to abuse others no matter how much you try to justify it. And how do you know God would be sad? Are you His representative? You wanna know what’s even more disgusting? It’s people like you trying to justify Anurag’s disgusting behaviour and attitude. You should be ashamed of yourself for that. If I was your father, I’d definitely be ashamed of you. And if you read your response carefully, you’ll realize that your logic is completely broken.

ChickenSoup 1 months ago If what Anurag did is indeed true, then he must be punished in every possible way. I feel bad for that kid who had to go through so much abuse. Can’t expect anything good from Kashyap. That guy doesn’t even belive in God. But that doesn’t hide the fact that Kangana is a psycho.

suresh555 1 months ago Ms Raunat, in this case, the same applies to you too, you are very miserable with your life, therefore you bud into people's lives and make them miserable