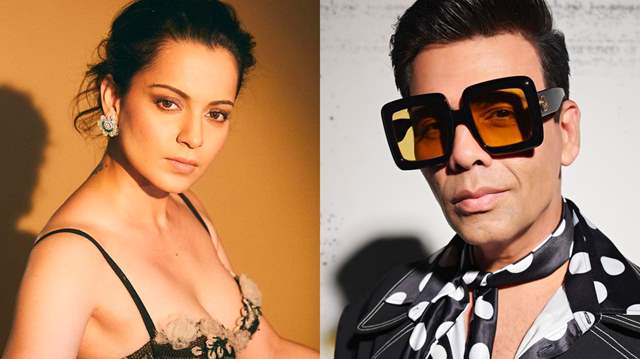 Kangana Ranaut has renewed her criticism of Brahmastra and Karan Johar over the movie's box office performance. Since its release, the Ranbir Kapoor-Alia Bhatt movie has enjoyed strong post-pandemic commerce. The movie is still playing in theatres and has already made over Rs 350 crore in worldwide box office revenue. Several sources stated that the movie's box office receipts had surpassed those of The Kashmir Files.

The film’s director Vivek Agnihotri had already slammed the reports. Sharing a screenshot of his tweet on her Instagram, Kangana Ranaut slammed not only the reports but also took a dig at Karan Johar.

The Manikarnika actress then compared Race 3 and Brahmastra's collection claiming that Kjo has some special privileges. She wrote,

"Race 3 made in a budget of 180cr and earned 300cr worldwide same as Brahmastra which has entire south and north industry stars in it and made in 600cr budget over 12 years...But same trade analysts declared Race 3 all-time disaster.. lekin Karan Johar ji ko special privileges ki aadat lag gayi hai..so he invented a special model for himself.."

She further shared a tweet from Forbes and wrote, 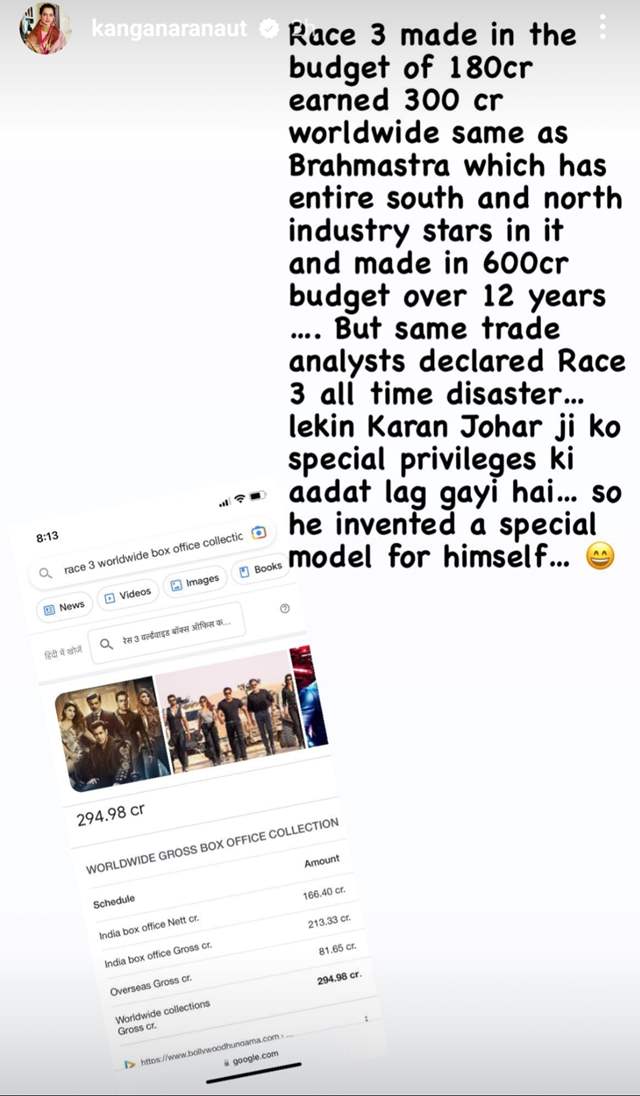 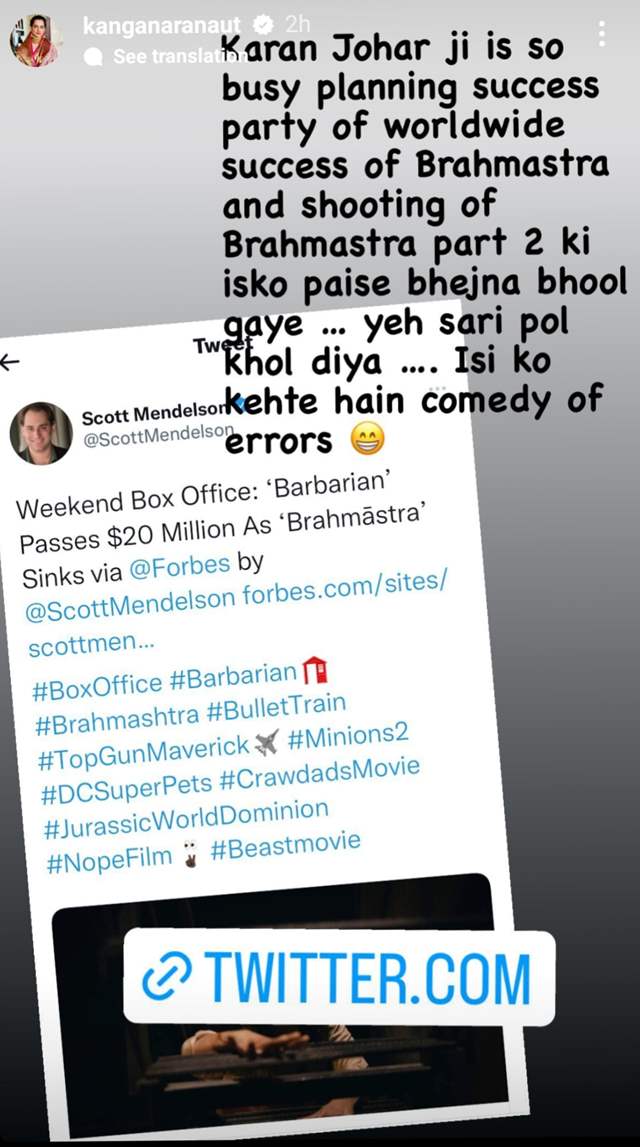 Last week, Kangana expressed her wish to interview Karan about the box office collections of Brahmastra. She said she wanted to ask him the reason behind releasing the gross collection figures of the film instead of the net collection. Karan is yet to react to her statements and call-outs.