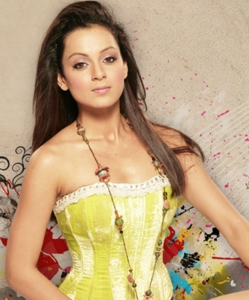 Things aren't so well with Bollywood's babe Kangna Ranuat at the moment. During the shoot of Anand Rai's Tanu Weds Manu, Kangna fell prey to a nasty bike accident.


Scheduled in Jalandhar, the unit was shooting an action sequence. The scene involved Kangna to pillion ride a bike which lost balance, and slipped. Unfortunately, for Kangna, her foot came under bearing the entire weight, which was no measly thing. Ill fate had it also, that she was wearing anklets which pierced through the injury, furthering the pain and bruise.


Of course, the team came to her help and rushed her to the nearest hospital. Medical reports have stated a serious damage while producer Shailesh Singh said that Kangna has a minor fracture and therefore, has been advised bed rest for at least a week.


The film's shoot has taken a backseat as the team is very concerned about the actress. Director Anand Rai said that even while Kangna was fighting with the pain in hospital, she was still worried about the shooting schedule.


Here's to see you back soon Kangna, fighting fit and in action!

Naagin 5: Veer to return to destroy Bani and Jay?
8 minutes ago

Jaya Saha to be Arrested by the NCB Soon: Report
49 minutes ago