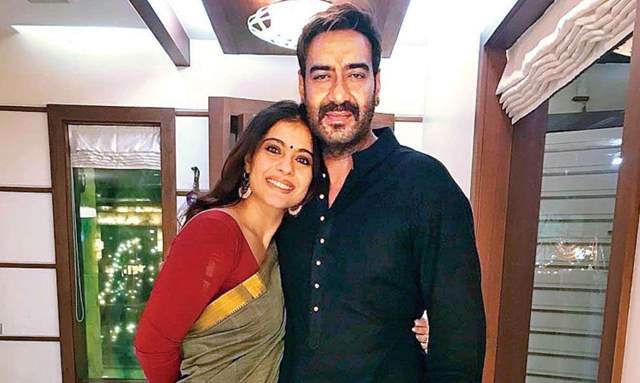 Bollywood star Ajay Devgn turned 52 today and while he has revealed that he is not a birthday person, he reportedly wished that his late father Veeru Devgn was around on his special day. However, his wife Kajol shared a picture of him from the sets and looks like he is already in high spirits while working on his birthday.

“Tried getting a selfie but the only “selfie” I could manage was his “self” with another camera.. doing what makes him happiest! Happy Birthday... today and always @ajaydevgn,” Kajol wrote in a tweet for her hubby Ajay Devgn on his birthday.

Ajay Devgn is one of the most prominent personalities in Bollywood and in a career span of two decades he has appeared in more than a hundred films. On his birthday on Friday, April 2, Ajay’s film industry colleagues took to social media to share endearing wishes for the actor.

On the work front, Ajay will be seen in Sanjay Leela Bhansali’s ‘Gangubai Kathiawadi’ in a special role. The film stars Alia Bhatt in the lead role. He also has SS Rajamouli’s ‘RRR’ where he will be playing a pivotal role. It also stars Alia Bhatt, Ram Charan, JR NTR and others.