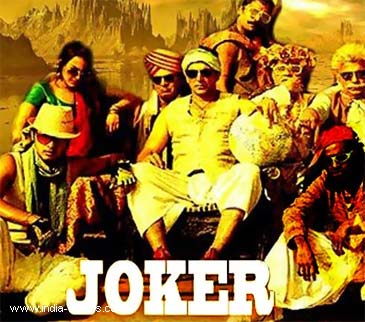 The first trailer of Shirish Kunder's "Joker", which is reportedly Akshay Kumar's 100th film, will release along with Homi Adjania's "Cocktail" when it hits the theatres Friday.

" 'Joker' trailer will now release earlier on July 12. So all those who were doing the countdown can minus "1" from it. Six days to go," the 39-year-old tweeted Sunday.

When one of his fan asked Kunder about the name of the movie alongside which the trailer will be out, filmmaker replied by tweeting: "'Joker' trailer would be released along side 'Cocktail'."

"Joker" features Akshay and Sonakshi Sinha in the lead roles and is set for a Aug 31 release.

Akshay plays a character who returns to his hometown - a place that's so remote that it's not even on the map. But sequence of events puts the little town not just on the country's map, but makes it the focus of the entire globe.