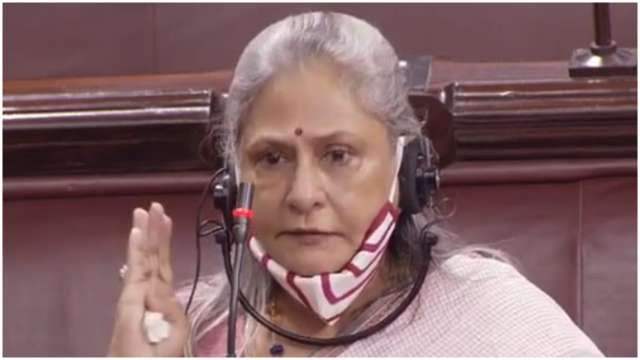 Samajwadi Party MP Jaya Bachchan raised her voice against the defamatory remarks made against the film industry. During the second day of the Monsoon Session in Parliament, she had given a Zero Hour notice in Rajya Sabha, where she hit back at BJP MP Ravi Kishan's remarks about the alleged 'drug addiction' in the Bollywood industry.

Bollywood actor Sushant Singh Rajput's untimely demise paved the way for many revelations with more and more actors coming forward to talk about their sour experiences in the industry, alleged groupism and also a drug culture in the showbiz. Actress Kangana Ranaut who has been on the forefront of this case has been relentlessly slamming the industry and had also called the film industry a ‘gutter’, alleging that 99% of the people who work in it have been exposed to drugs.

Reacting to Kangana's comments, Jaya Bachchan was quoted by the ANI as saying: “People in the entertainment industry are being flogged by social media. People who made their names in the industry have called it a gutter. I completely disagree. I hope that the government tells such people not to use this kind of language."

“Just because there are some people, you can’t tarnish the image of the entire industry. I am ashamed that yesterday one of our members in Lok Sabha, who is from the film industry, spoke against it. It is a shame."

On Monday, Ravi Kishan had raised questions about the drug nexus and alleged a "conspiracy" by Pakistan and China to destroy the country's younger citizens. He said: “A conspiracy is being hatched to destroy the country’s youth and our neighbouring countries are adding to it. The smuggling of drugs from Pakistan and China is being carried out every year. It is being brought via Punjab and Nepal. Drug addiction is in the film industry too. Several people have been apprehended. The NCB has been doing very good work. I urge the central government to take strict action against the culprits soon. Give them a befitting punishment and bring an end to this conspiracy by neighbouring countries."

Meanwhile, Rhea Chakraborty along with brother Showik Chakraborty, Dipesh Sawant, Samuel Miranda and others has been arrested by the Narcotics Control Bureau for allegedly procuring drugs for Sushant Singh Rajput.

Rhea's arrest has raised many questions about the alleged drug activities carried out in the film business as the actress made some startling revelations about drug parties and also named some A lister names of the Bollywood industry, including Sara Ali Khan, Rakulpreet Singh, Simone Khambatta,Mukesh Chabbra among others in connection to the drug nexus.