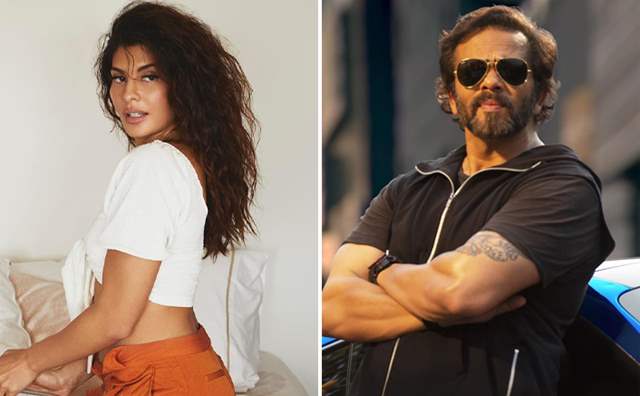 Jacqueline Fernandez is currently on cloud nine with back to back big projects in her kitty. After announcing a series of big banner film, the actress is now gearing up to kick-start shooting of Rohit Shetty's directorial 'Cirkus'.

'Cirkus' will be marking Jacqueline's and Rohit's first collaboration and hence Jacky is super excited for it. Sharing her appreciation and love for his work and and his caliber towards films, Jacqueline is all praises and says,

It’s not easy making films that entertain, make you laugh and feel good. And Rohit Shetty is perhaps the first that comes to mind when you think of entertaining and commercial cinema. I have always enjoyed watching his films and am completely aware of the kind of hard work that goes into it. Thrilled to be working with him and I can’t wait to be on his set.

The 35-year-old actress is preparing herself to put in all her hard work and is thrilled to put in double the work and fun in this project.

As per close sources to the film, the schedules for Cirkus are expected to begin soon and the actress is all set to make magic with the power director.

After a productive break given the pandemic, the actress is back on a tight schedule of back to back shoots. She recently finished a project in Mumbai and flew to Dharamshala straight on the sets of Bhoot Police and will be moving on to Rohit Shetty's Cirkus sets along side Ranveer Singh. Next on her busy shoot calender is Kick 2 opposite Salman Khan.

Ranveer Singh shares a cool BTS picture with Rohit Shetty from the ...