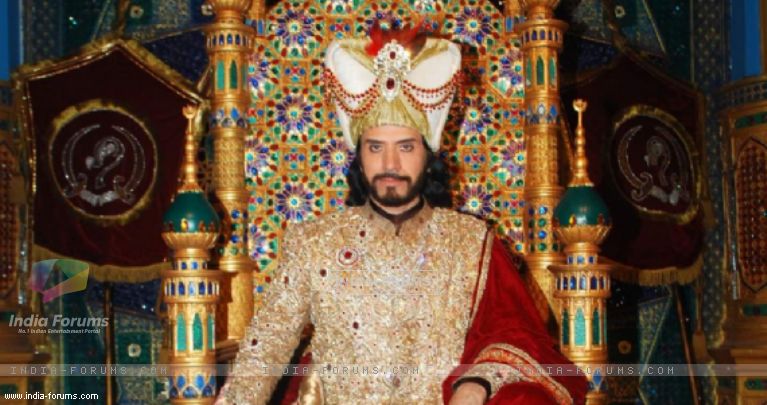 Talented actor Sooraj Thapar, seen in a newly launched show Razia Sultan that kicked off its journey yesterday is very much excited about his new venture and glad to be a part of the historical show.

While Sooraj has essayed varied roles on TV earlier, he will be seen in the get up of a king for the very first time in this show. In conversation with us, Sooraj speaks about his character, show, working with Zee and more...

There has been a big transformation with the kind of role you are portraying on this show. So, what do you have to say?

This is the plus point for any actor to get an opportunity to play and portray different types of roles on television. It feels good but at same time there is lot of difficulty while portraying such characters.

As according to the character we need to keep dressed up the entire day with the mustache, then even while taking rest on between the shoot we can't remove it. It creates trouble while eating as well because being the mustache on face, I cannot eat with the fear of coming out. So it's quite irritating but then it is a part and parcel of work.

But the love we actors get from the viewers makes us forget all the pain that we take during the shoot. God has blessed us to perform different characters in one life itself so at the end, I am happy for being an actor and getting an opportunity to play such different shades of characters.

What made you to take up the show?

The character of Emperor Ittutmish and the timing. When my show Ek Nayi Pehchaan was ending, I got an offer for this show. That time I was not sure to take the show because it needed me to stay away from home and my family whereas, that time I was just blessed with a baby boy. So, it was not an easy decision for me to take but because it is a different show, different in a way as we are portraying the real life story of Razia Sultan, her journey and I will be the person who will make this girl Sultan. The work has to go on so I went on take up the show.

You have done many hit shows on television, this show is on a new channel, do you feel any threat about it?

I think Zee is not new to anyone, it has build a trust factor as they have given many hit and popular shows creating a goodwill for them. Then the production house of Swastik has given very good shows and ensemble is brilliant.

Talking about the lead Pankhuri Awasthy who is portraying Razia Sultan, what do you  have to say about her?

Pankhuri is a very dedicated girl, she gets involved in her work and her interest towards work is commendable. She is a very sincere and committed girl. So it creates a positive aura and people get motivated to work more harder and I hope the show is a big hit.

Any message for fans...

I would request all my viewers to give us little time to make place in their mind as whenever any show starts the viewers just watch one - two episode and frame a mind set towards the show. And then visually it's a treat to watch as we are using amazing set and I am sure if you give little chance and watch the show regularly you will like the show.

We wish Sooraj Thapar good luck for his show!

+ 5
6 years ago I am really liking Razia Sultan! good going

+ 4
6 years ago You are very good actor Sooraj ji..liked you as Dhana nand in cgm..keep rocking!!

6 years ago Loving the show!! All actors doing a fab job

+ 3
6 years ago The series is at its nascent stage so it is pretty difficult to make a comment. So far I am liking the gradual progress of the the scenes and story. But two things that really caught my eye were firstly CV's have flunked up their geography lessons. The elaborate deserts shown nowhere existed near Delhi not even some 600 years ago. And secondly Razia was smart politician in the making during her teen years. Try incorporating in the series as this has a potential to make it big!

6 years ago enjoy this show lovin it
awesome concept

Hope to see more of his scenes with Razia!!!!