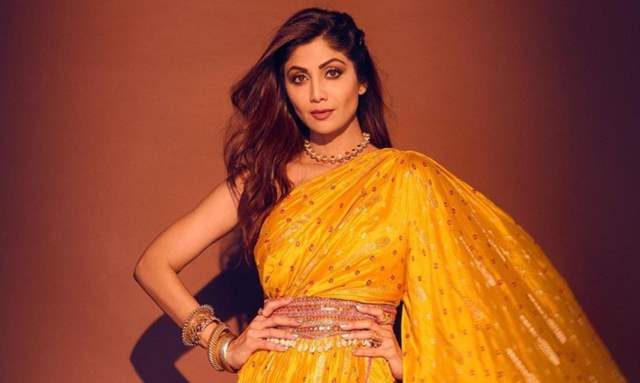 Businessman and Shilpa Shetty’s husband Raj Kundra was recently granted interim protection from arrest in connection to a pornographic film case that was filed by the Mumbai police in 2020. However, more troubles seem to be mounting for him on a personal front as Shilpa is reportedly planning life ahead away from her incarcerated husband with her two children.

A Bollywood Hungama report quoted Shilpa’s close friend saying, “Raj Kundra’s troubles aren’t going away in a hurry. On the contrary they seem to be multiplying every week. The disclosure of Raj Kundra’s alleged link with adult content came as much as shock to Shilpa as the rest of us. She had no clue that the diamonds and duplex were coming from nefarious resources.”

Ever since the arrest of her husband, Shilpa was greatly affected by the entire ordeal and she even had an argument with her husband Raj during one of the raids conducted by the police officials.

The source further reflected on the Hungama 2 actress’ stand for her children and mentioned that she wants to distance her children from their father’s misbegotten wealth.

According to the friend, Shilpa wants to distance her children from her father’s misbegotten wealth. “She won’t be touching a penny of Kundra’s assets, from what we know,” the friend continued, “She earns a substantial amount of money from judging reality shows. She has let it be known in the film industry that she is looking at more film roles after Hungama 2 and the unreleased Nikamma,” said the source.

Shilpa recently resumed work amid the pornography case and she also received support from her colleagues in Bollywood. Anurag Basu and Priyadarshan have already promised her roles.

“Maintaining her standard of living won’t be a problem for Shilpa even if her husband is inside for a long time,” the source added.

Raj Kundra claimed that a friend approached him to invest in a company called Armsprime Media Pvt Ltd in 2020. He thought the venture's concept was unique because it provided a digital platform for artists to showcase their talents and interact with customers. As a result, he decided to invest in the company.